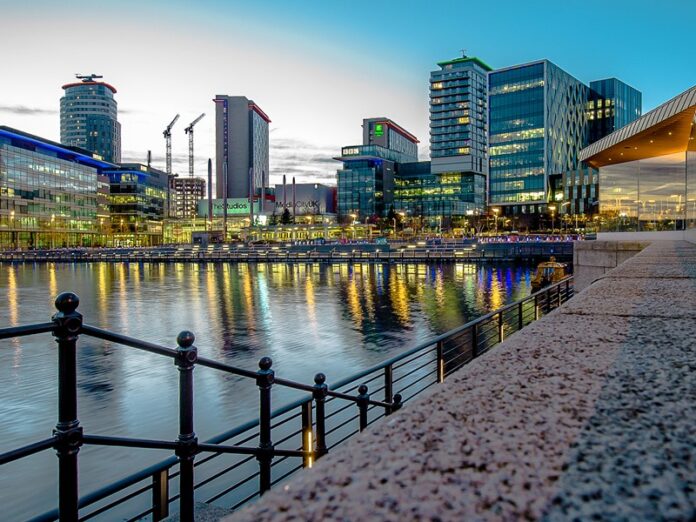 The City of Salford is to get its very own edition of the world’s most popular and famous board game, it will be announced tomorrow.

The MONOPOLY: City of Salford Edition game will see the typical addresses, landmarks and playing cards from the original MONOPOLY game, replaced by Salford landmarks.

Multi-billion pound MediaCityUK could be yours for just a few hundred MONOPOLY dollars, whilst The Lowry – home to the world’s largest public collection of paintings and drawings by LS Lowry – is also up for sale.

The makers of this new version of MONOPOLY – Winning Moves, who are producing the game under licensing from Hasbro – describe Salford as “the new showbiz capital of the North.”

Leading celebrities are often spotted at Salford Quays, now home of both the BBC and ITV, and many national TV and radio programmes are made in Salford including Coronation Street (based on the then cobbled streets of Salford), Britain’s Got Talent and Peter Kay’s Car Share.

“Not so long ago it was number 314 on our world list of places to Pass GO. Now? Number 1!,” says George Shrimpton, Custom Games Executive at Winning Moves.

“This is fantastic news and we are delighted that Salford is to get such prestigious world recognition.

“Salford was a pioneer in the Industrial Revolution with the Bridgewater Canal and our great city was first to provide many public services such as parks, libraries, gas street lighting and horse drawn trams.

“We are now the fastest growing city and economy in our region – as well as a digital and filming hotspot.

“Hit TV shows such as Peter Kay’s Carshare, Peaky Blinders and Cold Feet as well as hundreds of music videos have been filmed in Salford and even through the pandemic interest has never waned with an average of three filming enquiries per week.

“We also have many famous landmarks to make up the board. There’s the iconic Salford Lads Club, the ‘haunted’ Tudor Ordsall Hall parts of which date from the 1300s and the brand new RHS Garden Bridgewater, the UK’s fifth national garden which will open in May.

“We have as well the Delph in Worsley where the Bridgewater Canal began which is said to be the birthplace of the Industrial Revolution, Salford Cathedral, St Luke’s church and Weaste Cemetery, with its Gothic Victorian tombstones. I look forward to seeing what people suggest should be included.”

Over the last 20 years Winning Moves has produced official city versions of MONOPOLY .. from Dubai to Dublin and Sydney to Southampton. Now the dice rolls on Salford.

Bosses at London-based games company Winning Moves, who are producing the game under licensing from Hasbro, say a variety of factors were used in choosing the City of Salford, including city pride, famous landmarks, natural beauty and a sense of community.

The new MONOPOLY: City of Salford Edition game will hit the shops this October (2021) – but before it goes off to press the public is being invited to suggest landmarks to feature.

Votes for Salford landmarks and cards to feature in the game via these three ways: