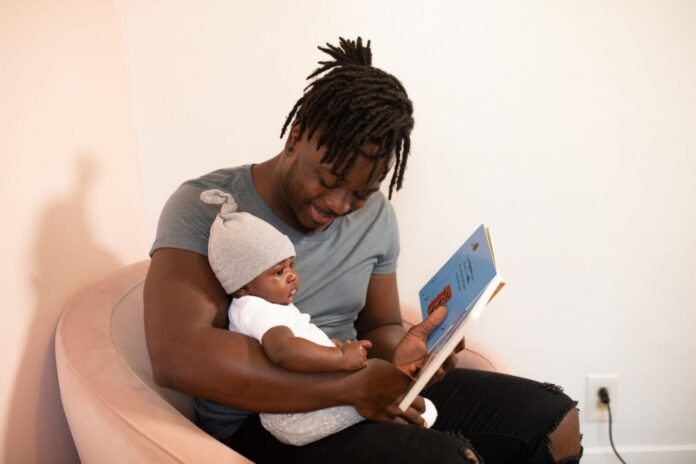 Parents have taken on 21 different roles a day during lockdown – including TikToker, grammar expert and hairdresser.

A study of 2,000 mums and dads of children aged under 18 found they went from having 14 different ‘jobs’ a day before the pandemic, to 21 now.

Being a teacher (72 per cent) is the top role as schools were forced to close their doors to millions.

Nearly half have acted as proof-readers (44 per cent), while others have lit up imaginations as storytellers (42 per cent) or channelled their inner Joe Wicks to become PE instructors (33 per cent).

The research commissioned by experience provider, Buyagift, ahead of Mother’s Day, found other common roles include being the family chef (68 per cent), first aider (67 per cent) and importantly, a friend (66 per cent).

Pre-pandemic, parents’ burgeoning to-do lists took up 16 hours and 30 minutes of their week.

But in the throes of lockdown, fatigued mums and dads saw this rise by almost 11 hours to more than 27 hours in total.

The study also found almost two thirds (64 per cent) of parents have been an entertainer in a bid to keep kids amused during the long lockdown months.

Many have also taken the digital world by storm, with 21 per cent acting as social media consultants, and 15 per cent taking part in TikTok challenges with their children.

On the flip side, 56 per cent found themselves behind the camera as a photographer.

Things have also got competitive in many households, and thanks to the popularity of The Queen’s Gambit, 40 per cent of parents brushed up on their chess skills to regularly make the perfect challenger for their youngsters.

More than half (53 per cent) have tried their hand at video games, however, 34 per cent admitted they often end up playing referee between sibling squabbles.

For older children, parents also find themselves performing the job of a relationship counsellor (26 per cent) and careers adviser (20 per cent).

But while 24 per cent have enjoyed the challenge of taking on new roles, 44 per cent said this left them with little time for themselves during the lockdown.

The study, carried out via OnePoll, also revealed that despite 72 per cent admitting that balancing these additional roles has been challenging during these turbulent times, 35 per cent have relished the extra time they’ve spent with their families this year.

And looking ahead to when restrictions lift, 59 per cent are most looking forward to spending quality time with their loved ones by enjoying family experiences and days out.

In response to the findings, Buyagift has launched a new package of experiences ahead of Mother’s Day on 14th March, to celebrate the doting mothers and maternal figures who have been non-stop during the pandemic – giving them a moment of magic to look forward to when life looks a little more normal.

Buyagift will be donating 10 per cent of sales of the Afternoon Tea Gift Box Experience sold between the 1st March and 14th March to Gingerbread, a charity which supports single parent families across England and Wales.

Other experiences available include spa breaks, days out and culinary experiences – giving mums and mothering figures a moment of magic to enjoy.

“The last 12 months have been a challenge for so many families and our research shows that all parents, including mums and maternal figures, have had an exceptionally busy time.

So, to help people show their appreciation and plan a moment of magic for their loved one, we’ve curated the Mother’s Day Experience Collection- giving the nation’s top multitaskers something to look forward to when everyday life gets back on track again.

We know there’s a multitude of people taking on the role of ‘mum’, so there’s something for everyone to enjoy, to offer a bit of a break from the daily to do list.”

To see the full range of experiences available in the buyagift Mother’s Day Experience Collection, please click here – gift vouchers are currently valid for at least 20 months and Gift Boxes are valid for two years.