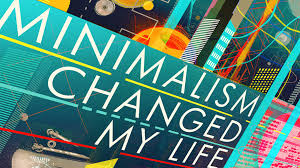 Seven years after forming to perform at the closing ceremony of the unforgettable London Paralympics 2012, the Paraorchestra visits Manchester to perform ‘Minimalism Changed My Life: Tones, Drones and Arpeggios’, a semi-autobiographical journey into ‘the last great idea in music’ driven by co-founder and award-winning conductor, Charles Hazlewood.

Only the second date on its tour, the new show is performed at Bridgewater Hall on Wed 2 October 2019 and is both inspired by Hazlewood’s acclaimed, 2018 BBC Four Documentaries of the same name as well as his personal journey through music. Writer, Jason Hazeley (Screenwipe, Philomena Cunk) joins to steer the show’s multi-layered experience, with filmmaker, John Minton providing evocative visuals.

Described quite simply as “wonderful” by a leading TV critic, Charles Hazlewood’s passionately delivered 2018 BBC Four documentaries: Tones, Drones and Arpeggios shed new light on minimalist composition, offering overdue, primetime attention to the work of Steve Reich, Philip Glass, Terry Riley and more. As much a part of the award-winning conductor’s personal history as well as that of contemporary music, the programme provides the jumping-off point for Minimalism Changed My Life: Tones, Drones and Arpeggios, a performance in music and bespoke, visual storytelling at the Southbank Centre, London (Sat 28 September 2019) and The Bridgewater Hall, Manchester (Wed 2 October 2019).

Delving into standout moments of minimalist history, Hazlewood and his orchestra will reenact the legendary ‘avant-garde super group’ version of Mike Oldfield’s Tubular Bells, as performed at Queen Elizabeth Hall, London in 1978. Featuring The Rolling Stones’ Mick Taylor and Oldfield’s siblings, it was a version never to be seen or heard live in the same way again. Until now.

A major catalyst for the entire movement, and directly fuelling Oldfield’s drive to create his enduring masterpiece, Californian composer, Terry Riley’s 1969 classic, A Rainbow in Curved Air enters the fray, with the similarly titanic names of Philip Glass, with Music in Similar Motion and Steve Reich’s extremely rarely performed, Music for a Large Ensemble also included in the set. In the first half audiences will find Hazlewood setting down his baton to take to his beloved Hammond organ, a core instrument in Oldfield and Riley’s pieces and an iconic, essential part of many bands’ toolkit during the 60s and 70s.

Corn Exchange has some wonderful half term offers