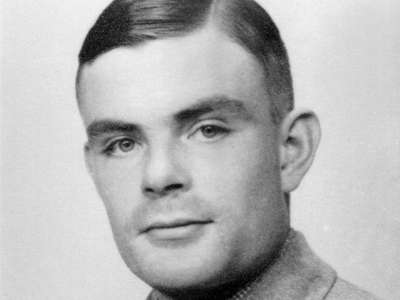 Alan Turing’s 109th birthday this year saw the issue of new £50 Bank of England notes bearing his image and celebrating his achievements in mathematics, computer science and codebreaking.

This Wednesday 8th September, his nephew, Sir Dermot Turing will chair a panel discussion about what Alan’s legacy should be for the 21st Century, at the Old Courthouse in Knutsford where he was tried for gross indecency on 31st March 1952.

The panellists, drawn from backgrounds in education, science, politics and academia, will consider the implications of Alan Turing’s life and wide-ranging accomplishments, with a particular focus on diversity, education and STEM subjects.

They include the CEO of Manchester Pride, Mark Fletcher, Dr Anjali Mazumder from The Alan Turing Institute, Dr Natasha Ellison from the University of Sheffield, the founder of BBSTEM, Kayisha Payne, International Director at the UK Department for Education, Zamila Bunglawala, and the Chief Cashier from The Bank of England, Sarah John.

Alan Turing is well known as a key figure in the World War 2 codebreaking effort against the Enigma machine, and as someone whose life was profoundly affected by his conviction for gross indecency at Knutsford on 31 March 1952. But is that what Alan Turing stands for? What should his legacy be for the Twenty-First Century?