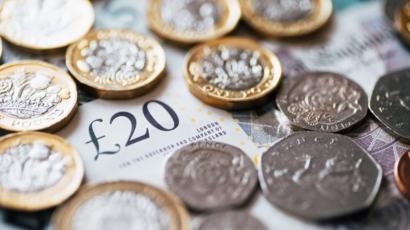 Lower-income households are twice as likely as high-income households to have increased their use of consumer credit during the crisis, and are 50 per cent more likely to be saving less than usual, leaving them particularly exposed to the ongoing economic crisis, according to a major new Resolution Foundation report published today .

Rainy Days, published in partnership with the Standard Life Foundation, examines the distribution of wealth across Britain in the run-up to the crisis, and how the crisis is having different impacts on the balance sheets of richer and poorer households.

The report shows that those most at risk in the crisis have the weakest private savings safety net to fall back on, while the crisis itself is exposing Britain’s wealth gaps, and the ability of low-wealth households to weather the economic storm.

A typical worker in a shut-down sector of the economy – and therefore most at risk of unemployment – had average savings of just £1,900, far less than the average savings (£4,700) of someone who has been able to work from home during the crisis. These workers are most worried about making ends meet if they lost their main income source for a month (24 per cent are worried, compared to 17 per cent among those working from home).

Looking at the impact of the crisis on households across the income distribution, the report finds that lower-income households are far more likely to run down their savings and turn to high-interest credit.

In contrast, just one-in-eight high-income households have increased their use of consumer credit, while one-in-three (34 per cent) are seeing their savings increase significantly as their spending falls.

These very different experiences of this crisis reflect both how focused its negative effects have been on lower-income families, and the big wealth gaps across Britain before the crisis struck.

The Foundation adds that while wealth inequality has not increased in recent years, it remains almost twice as high as income inequality.

Rainy days shows that the lack of a private savings safety net, for so many low-income households in particular, could pose significant challenges as the Government phases out its emergency support for family incomes. It highlights the need for both a stronger social security safety net, and for policy makers to do more to tackle very large wealth gaps once Britain emerges from the crisis.

“The impact of coronavirus crisis will be with families for many years to come. That’s why it’s important for the Government to both strengthen the social security safety net via Universal Credit, and assist more low and middle-income households in building up their private safety nets by boosting their savings.”

“Today’s report highlights how vital wealth is to our living standards. Not only does it help reduce costs, especially housing, but savings and assets provide an important buffer when income drops. Millions are now facing an income drop and in need of that buffer. Savings are not a nice to have, they are a must have.

“The growing jobs crisis and the tapering of furlough and self-employment support brings this to the fore. People who lose their jobs or have a drop in their income, and have been unable to build up their savings, are being pushed into borrowing. Those on the lowest incomes will have less choice and more likely to be reliant on high-cost credit.