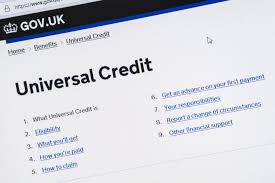 413 parliamentary constituencies across Great Britain will see over a third of working-age families with children hit by the planned £1,040-a-year cut to Universal Credit and Working Tax Credit on 6 October 2021.

Of these 413 constituencies, 191 are Conservative – 53 of which were newly won at the last general election or in a subsequent by-election.

This new analysis also reveals that in some Labour constituencies more than three-quarters of families with children will be impacted by this cut.

Three of the top ten most effected areas in Greater Manchester, Manchester Gorton, Blackley and Broughton and Oldham West and Royton

The independent Joseph Rowntree Foundation has used the latest official data released last week to produce a comprehensive analysis of which parliamentary constituencies will be most affected by the scheduled cut to Universal Credit and Working Tax Credit.

The looming cut will have the most severe impact in Yorkshire & the Humber, the North East, North West and West Midlands.

However, the cut will have deep and far-reaching consequences on families with children across Britain, including seats like Hastings & Rye (54%) and South Thanet (52%) in the South East, Peterborough (64%) and Luton South (57%) in the East of England, and Torbay (50%) and Plymouth, Sutton and Devonport (48%) in the South West.

“We are just over a month away from the UK Government imposing the biggest overnight cut to the basic rate of social security since the Second World War. This latest analysis lays bare the deep and far-reaching impact that cutting Universal Credit will have on millions of low-income families across Britain.

“MPs from across the political spectrum are already expressing their deep concerns about this planned cut. Now is the time for all MPs to step up and oppose this cut to their constituents’ living standards.

“Plunging low-income families into deeper poverty and debt as well as sucking billions of pounds out of local economies is no way to level up. It’s not too late for the Prime Minister and Chancellor to listen to the huge opposition to this damaging cut and change course.”

According to this analysis, on average 21% of all working-age families (with or without children) in Great Britain will experience a £1,040-a-year cut to their incomes on 6 October. The analysis found that in the 58 seats the Conservatives newly won at the last election or subsequently, that average is 23%.

Long service award for staff member at Manchester based care home who says “this...

Can you give April a home?

Award-winning Manchester photographer has opened up about balancing his passion with his full-time training...