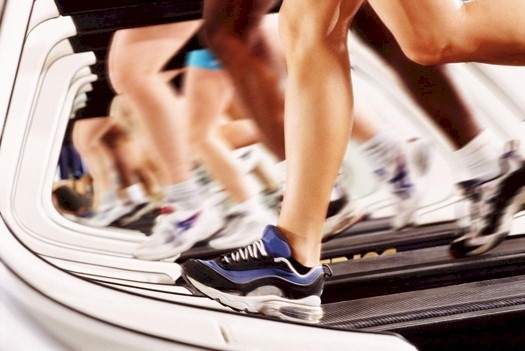 Forty per cent of adults inactive, thirty six per cent if you exclude walking and gardening, Manchester has once again in the space of two days taken a battering when it comes to physical exercise.

Today it is a report from the which sees the city listed as the worst in the country and one of five of the most challenged localities.

The report makes grime reading not just for Manchester but for the country as a whole.One in four people in England fail to achieve more than thirty minutes of physical activity per week, there is a broad relationship between levels of activity and sociology economic status and the highest areas of deprivation are almost ten per cent more inactive than the higher ones.

The report also warned that if current trends continued by 2030 the average person would use little more energy in their normal life than expended during a day in bed.

David Stalker, chief executive of UK Active says that the report clearly shows the rising issue of physical inactivity across the UK.

“It is the first time that the scale and impact of inactivity has been established in this way and provides compelling evidence for establishing it as a public health concern in its own right….A study in The Lancet, published in 2012, highlighted how inactivity is responsible for 17 per cent of premature deaths in the UK every year and shortens the lifespan by three to five years”

The report recommends that to turn the tide of inactivity it is critical for there to be a clearly-articulated national and local ambition. This report has found that reducing physical inactivity by just one per cent a year over a five-year period would save the UK economy just under £1.2bn.

If every local authority was able to reduce inactivity levels by one per cent year on year over this five-year period they would save local taxpayers £44 per household. More importantly, they would improve the health and wellbeing of their local communities.

Along with Manchester, Salford and Oldham were amongst the worst places for inactivity along with Sandwell, Bradford, Dudley, Slough, Sunderland, Blackburn with Darwen and Coventry.

Wokingham had the lowest levels of inactivity followed by Richmond upon Thames, Islington, Windsor and Maidenhead, and Bournemouth, Kensington and Chelsea, and Hammersmith.

Dude Ranchers- Manchester Project to look at the fashions of the Wild West.