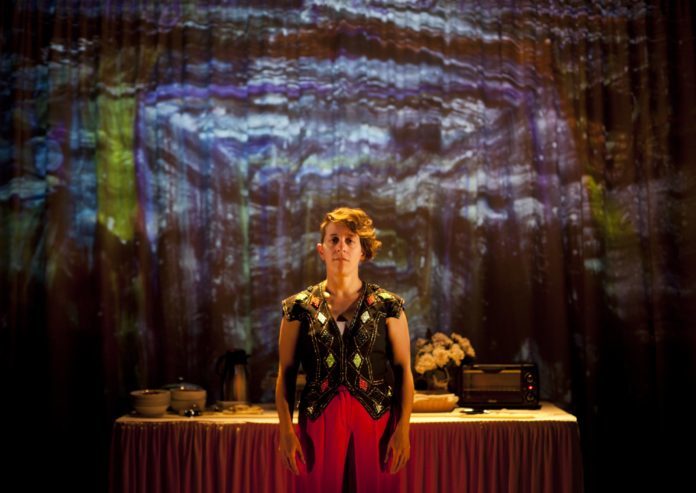 This Monday is Holocaust Memorial Day and the anniversary is a poignant one as it is 75 years since the world discovered the true horrors of the Jewish people in Europe during the second world war.

Manchester’s Jewish Museum marking the event with two premieres of musical and theatrical performances. These innovative and creative performances, based on the real-life experiences and testimonies of Manchester Jewry, refugees and Holocaust survivors will be staged for the first time at Manchester Central Library.

Laura Seddon is the person behind the creative ideas and About Manchester spoke to her earlier this week.

Laura is a firm believer that art and music is the way to convey these often terrible stories to a generation that somehow needs to be told the history and learn from its lessons, perhaps even more so in the current climate that we live in.

“Holocaust Memorial Day is obviously a very important day in our calendar” she tells us, “but the work should be carried on all year round”

As part of the redevelopment of the museum, they are redesigning their Holocaust programme so that children will be able to come specifically to learn the stories”

Based in Manchester, the remit is very much around how it affected Manchester’s community specifically.The music project has been running six moths using stories in the museum’s oral history collection using stories both of people who escaped in the late 1930’s and people who arrived as refugees in 1945 and after.

The stories have inspired songs and in particular it focuses on how those refugees felt when they arrived in Manchester.A small community song writing group has been set up.

One of the interesting stories that have come says Laura is that many women came to on domestic visas working as domestic servants in middle class homes.

“What surprised me is some of the objects that the women brought with them.They are very telling about how they felt about their families….Incredibly heavy bibles, one brought a sewing sampler that had been done by her mother before she escaped….A lot of valuables were taken off people by the Nazis before they left Germany and Austria.The things that made it thorough were very much everyday things that the guards didn’t think were worth much.”

For Laura who has been with the Museum for just over eighteen months, it has become apparent going through all the oral histories is that the people who had power, who had money and who had connections got out-“Contemporary migration is even harder today to get where you want to be without those connections and money.”