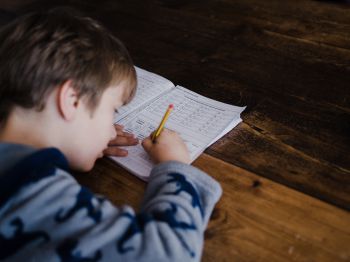 Almost one in five of parents of primary school pupils from families who are financially struggling reported that a lack of food made learning from home more difficult.

That’s one of the findings of a study of 3,409 parents in England, Wales, Scotland and Northern Ireland undertaken by psychologists at the University of Sussex during the first lockdown, in 2020.

These new reports focus on the amount of time spent home learning, how much of the materials school provided were used, pupil engagement, pupil motivation, how difficult pupils found home learning and the reasons why, in order to build a national picture of the impact of lockdown on school pupils’ education.

Parents of pupils from less advantaged backgrounds – defined as those whose children were eligible for free school meals, were struggling financially, or who did not have a university-level education – were much more likely to report that aspects of their home environment, such as levels of noise, lack of space, insufficient technology, and, in some cases, even a lack of food, make learning from home more difficult.

The study found that among primary school pupils, pupils eligible for Free School Meals (FSM) were more likely to struggle with their school work than those not eligible because of household noise and a lack of space, technology, internet, and even food.

Among secondary pupils, 39% of FSM eligible students reported that a lack of technology such as laptops or PCs made learning from home more difficult, compared to only 19% of non-FSM children.

Dr Matthew Easterbrook, Senior Lecturer in the School of Psychology at the University of Sussex and the project’s lead researcher, said:

“The results show that parents of pupils from disadvantaged families – those who are eligible for free school meals, who have lower levels of education, or who are financially struggling – are much more likely to report that learning from home is challenging.

“A number of different aspects of their home environment made learning more difficult for these pupils, including levels of noise, lack of space, insufficient technology and internet, and, in some cases, even a lack of food.

“On this last point, amongst parents of primary school pupils from families who were financially struggling, 19% reported that a lack of food made learning from home more difficult. This suggests that for some children, when the most basic of needs are not being met, their education can suffer.

“These results show that school closures disproportionately disrupt the education of those who are most economically disadvantaged, suggesting that educational inequalities are likely to rise because of the pandemic.”

Lewis Doyle, doctoral researcher in the School of Psychology at the University of Sussex and co-author of the report, said:

“In line with our previous research, these results suggest that the school closures may adversely affect economically disadvantaged children to a greater extent than their more privileged peers, thus driving further distance between the two groups in terms of educational attainment and future life outcomes.

Government accused of unjust and chaotic handling over Spanish ban