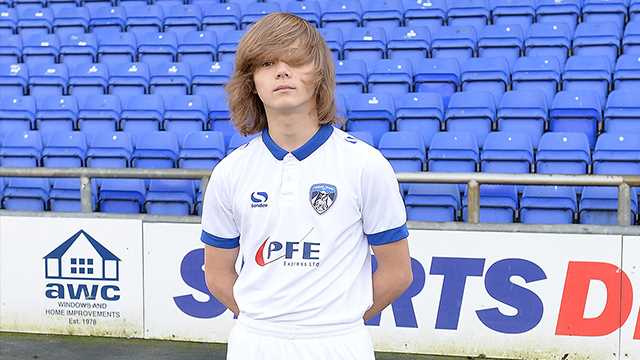 Oldham Athletic under 15 player Jack Williams has been selected to be part of the England Men’s U15 Talent selection event.

Williams, who has been with the club for over two years, is an attacking midfield player who scored 30+ goals last season.

Head of Coaching Simon Cooper said: “This is great news for the academy as a whole and it is the first time it has happened whilst I’ve been at the club.

“It also highlights the success of the four year plan put together by head of recruitment Paul Ogden and shows the hard work put in by everyone at the club.”

Academy coach Stephen Atkinson added: “Jack has been exceptional all season and played with a responsibility to drive the team forward with his attacking flair, creativity, creating goals and scoring goals.

“He deserves the praise and recognition he receives from his England under 15 call up and we wish him all the very best.”

Academy manager Tony Philliskirk commented: “Everyone in the academy are really proud of Jack’s achievement. This just goes to show the hard work and dedication put in by our coaches to improve young players.

“We have a very good record in producing our own players and selling them to bigger clubs so a lot of credit must go to the coaching programme put in place.”

Jack will travel to Loughborough University on August 7 for his training camp.