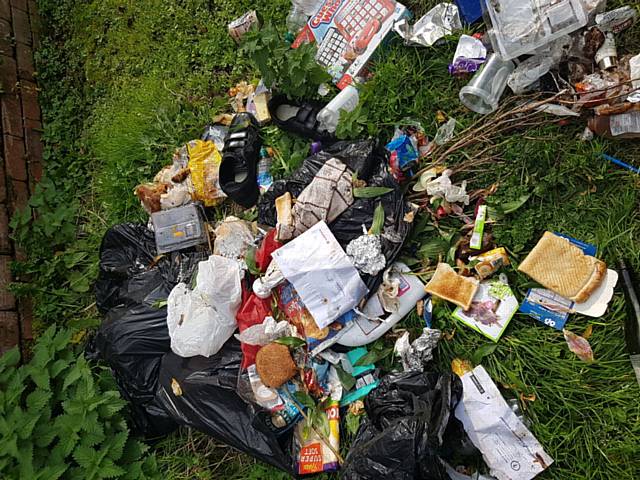 Fly tippers in Oldham can now be issued with £400 fixed penalty notices (FPNs) under new rules designed to stop neighbourhoods being blighted by waste.

As well as fly tippers, residents who let unlicensed waste carriers get rid of their rubbish, which sometimes ends in it being dumped elsewhere in the borough, will also find themselves lighter in the pocket.

Oldham Council  agreed the new rules when they met on Monday night.

Previously the council could only prosecute fly-tippers and residents who fail to pay licenced waste carriers to remove their waste in court rather than handing them an on the spot fine.

Historically the fines given out in court have also not been much more than the £400 level for the FPNs.

The council also did not get the fine amount issued by the court and although the local authority could recover costs they were not always fully recovered due to an offender’s financial circumstances.

In addition the council will also be increasing a number of fines for other offences, including graffiti, fly posting and unauthorised leafleting.

Councillor Arooj Shah, Deputy Leader of Oldham Council and Cabinet Member for Social Justice and Communities, said: “Over the last few years Oldham Council has prosecuted dozens of people for fly tipping as well as those who have allowed ‘a man in a van’ to take their waste away without asking any questions.

“Fly tipped waste has a really negative impact and brings a community down.

“If people got rid of their waste properly then we wouldn’t have to gives out fines. Sadly some residents, and those from outside of the borough, still think they can dump rubbish and leave others to clean up after them.

“They are mistaken. We’ll look for evidence and if we find it then we will take action.”