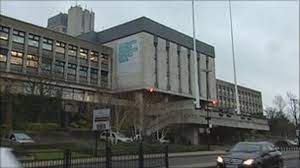 Oldham Council is set to install new and bigger street bins across the borough.

On Monday night Cabinet agreed plans which aim to help reduce the amount of litter on our streets and cut the number of times bins need emptying.

The new bins will hold 240 litres of waste compared to the smaller units currently on our streets – many of which are coming to the end of their service life and only have capacity for up to 90 litres.

Bagged dog waste can also be put in the bins.

They will also help the council reach its target of becoming carbon neutral by 2025 as they don’t need non-recyclable plastic bags, thousands of which are used each year.

In addition, new solar powered bins will be installed in Oldham Town Centre.

They will use the sun’s rays to power a compactor, allowing a normal 240 litre bin to hold the capacity of a large commercial 1,100 litre bin.

Once they need emptying staff will be alerted via an app on their phone – meaning they can work more efficiently and don’t have to check daily on an ad-hoc basis, as they currently do.

Cutting the amount of visits our staff make to empty the bins will also reduce their exposure to risks associated with contaminated waste, especially with Coronavirus in mind, and manual handling injuries.

Computer chips in the bins can also predict waste patterns, meaning they can be moved if they are not being used to maximum capacity.

Messages can also be sent to staff if they become damaged or if a fire is started.

As part of the plans the council will also look to replace two 3.5-ton vehicles with two 7.5-ton capacity compactor trucks reducing the number of visits to Oldham’s waste disposal site, saving fuel and allowing staff more time to spend emptying bins and cleaning our streets.

These will be used across Oldham, and they will also collect rubbish picked up by the 19 staff who use carts to clean waste from the districts.

Councillor Barbara Brownridge, Cabinet Member for Neighbourhoods and Culture, said: “A few years ago the council employed a number of new street cleaners as we know clean streets are important to residents.

“Our staff are out in all weathers, seven days a week, emptying the bins and cleaning litter from our streets.

“We are now seeing people putting large carrier bags of excess household waste into the street bins rather than putting it in their general waste bins or taking it to a waste and recycling centre.Things have to change.

“There will be a reduction in the number of bins on the streets, but the new ones will be much bigger, helping to cut the amount of rubbish that can blight our streets and beauty spots. Less really is more.We’ll also be cutting costs in the long term.

“If everyone disposes of their waste properly – and that includes taking it home if you can’t put it in a bin – then it will help save money and improve our environment in the long run.”

Consultation will now be carried out with ward councillors on the siting of the new bins.

Net zero could play key role in driving growth and ‘levelling-up’ the country,