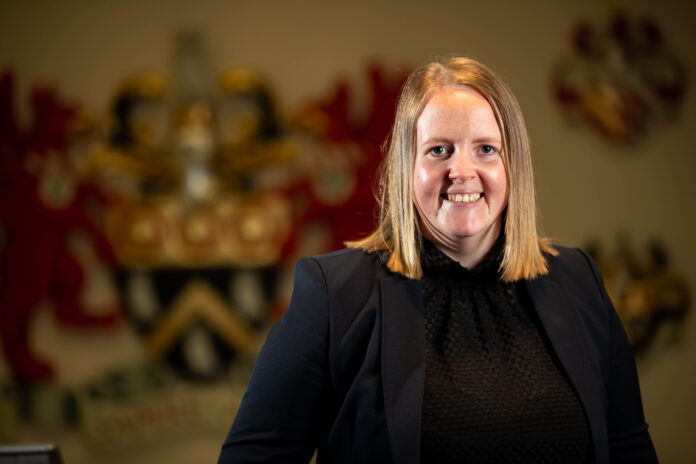 As Leader, Cllr Chadderton says her firm focus will be delivering priorities across three key areas – continuing Oldham’s drive to be a resident-focused council; ensuring plans for regeneration and housing continue at pace; and working for our children and young people by affording them the very best opportunities.

Cllr Chadderton was first elected to the Council a decade ago and has held a range of Cabinet positions since then, including deputy Leader. Her two Deputy Leaders will be Cllr Abdul Jabbar and Cllr Elaine Taylor.

Cllr Chadderton said: “Being elected to lead Oldham is the greatest honour of my life. I was brought up here, I went to school here and I am now bringing up my own daughter here. It is a privilege to be able to lead the town I love, and which I am proud to call home.

“I am absolutely committed to delivering the very best services for our residents; getting the basics right while also driving forward plans for our town that future Oldhamers can be proud of.

“It’s my promise to the people of Oldham that they will see real action, real delivery and a real difference in the next year. I have set a clear vision for our Council to deliver those services that will support people through the tough times ahead and deliver a brighter future for the borough – and I’m looking forward to getting started.”

As a resident-focused Council, the Don’t Trash Oldham clean-up campaign will be continued, with a further £1m committed over the next year, and more enforcement action taken against those who commit environmental crimes.

Tackling the Cost of Living crisis will also be a key priority, with Oldham organisations, businesses and services brought together to develop a joint approach to support all those who are struggling.

In terms of regeneration and housing; plans for Oldham Town Centre will become a reality over the next year, with the transformation of Spindles, bringing the Old Library back into use and continuing work at Northern Roots to create a brand new country park. Meanwhile, new housing will be delivered to meet local people’s needs, while existing housing standards will be improved by means such as tackling rogue landlords.

The third priority of the new Leader is focusing on children and young people; driving up educational standards and transforming our early years services including health visiting and children’s centres.

Jailed for 15 years after raping two young women in Bury