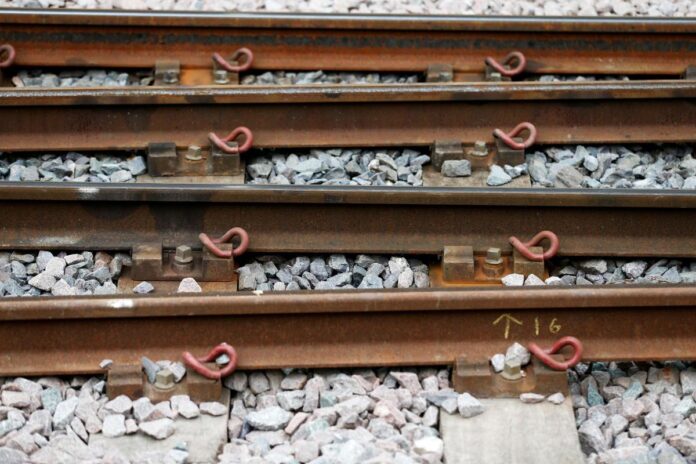 Rail cuts will compromise passenger safety and could mean the loss of much needed train services, a new TUC report has warned today (Wednesday).

The report details the likely consequences of spending cuts planned by Network Rail and of government cuts to funding for train services.

Previously unpublished RMT analysis of Network Rail data finds that this will lead to 670,000 fewer hours of maintenance work annually.The TUC says it is impossible to make those cuts without losing many safety-critical jobs.

Network Rail responsibilities include track maintenance – essential to avoiding accidents fatal like Hatfield, which was the result of the metal tracks fatiguing.

Network Rail is also responsible for maintaining signals to ensure trains are on time and prevent collisions, for the electricity supply to the network, and for the safe upkeep of buildings including public spaces like the UK’s largest rail stations.

In addition to major cuts at Network Rail, the Treasury has ordered the Department for Transport to slash its annual budget by 10% as part of last year’s Spending Review.

Following this, the DfT wrote to train operating companies telling them to plan for major cuts to operating costs.

Unions are concerned that the DfT’s demand for cuts signifies intention to reduce public funding for rail services. With ticket revenue still not fully recovered from the pandemic, this could mean that many rail services are permanently stopped across all parts of the UK.

The TUC says that the government needs a clear plan to build back better rail services and make rail travel the most attractive option for more public travel and freight.

They say ministers must protect rail services while passenger levels continue their recovery from the pandemic, arguing that a network with greater capacity and more services is essential to the future strength of the UK economy and to reaching net zero emissions.

The TUC adds that decent rail services are essential for regional growth.

“We all want good transport links for our community, with frequent, safe, reliable and affordable trains.

“But if the Network Rail cuts go ahead it will mean the loss of safety-critical jobs and a greater risk of serious accidents like Stonehaven, Potters Bar and Hatfield.

“Ministers must not risk passenger safety through funding cuts to Network Rail.”

On the threat to train services, Frances added:

“Our railways are still recovering after the pandemic. The last thing the government should be doing is slashing funding.

“But ministers are demanding cuts that would disrupt services and see fewer trains on our railways.

“We need a better vision for the future of Britain’s railways than commuters packed like sardines in unsafe trains.

“Ministers must recognise that world’s most successful railways are in public ownership, with public subsidy instead of money sucked out by shareholders.”

“We all want to reach net zero and stop climate chaos, and rail is one of the greenest ways to get around. Ministers need to make rail the most attractive option for more journeys. But you can’t do that by cutting back on safety and services. We need to build a bigger and better rail service.”

An urgent call from Manchester faith leaders to address HIV