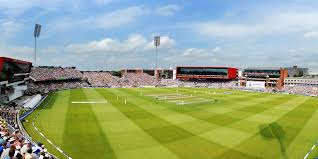 Lancashire’s Old Trafford Ground has been name as one of the eight grounds which will host the new cricket domestic competition starting in 2020.

The competition will be based on the simple format of 100 balls for each team featuring aligned competitions for both men’s and women’s teams, sharing a common format, brands and identities in their own leagues.

It received overwhelming support at today’s meeting at Lord’s following unanimous support by the board of the new competition.

“This is a fresh and exciting idea which will appeal to a younger audience and attract new fans to the game.

“Throughout its development, we have shown leadership, provided challenge and followed a process. We will continue to do that as the concept evolves.

“Our game has a history of innovation and we have a duty to look for future growth for the health and sustainability of the whole game.

“There are 18 First Class Counties, playing red and white ball cricket, at our core and these Counties and competitions will be supported, promoted and benefit from the game’s growth.”

Lancashire Cricket Club Chairman David Hodgkiss OBE has given his reaction following the ECB’s announcement today regarding its proposed approach for the new eight-team domestic competition – starting in 2020.

The Club looks forward to progressing the new concept which will play a key role in growing the game globally and nationally and will attract, as well as bring back, supporters to a game that is about to commence a hugely exciting, progressive and invigorating phase in the next few years.

David Hodgkiss OBE, Chairman at Lancashire Cricket Club, who was at the ECB meeting today when it was formally announced, said: “We’re very supportive of this hugely innovative concept, which aims to lead the way in the world of cricket. The structure and format is massively progressive, and clearly differentiates itself from the existing formats, with the view to attracting new audiences, which has been the ECB’s hope all along.