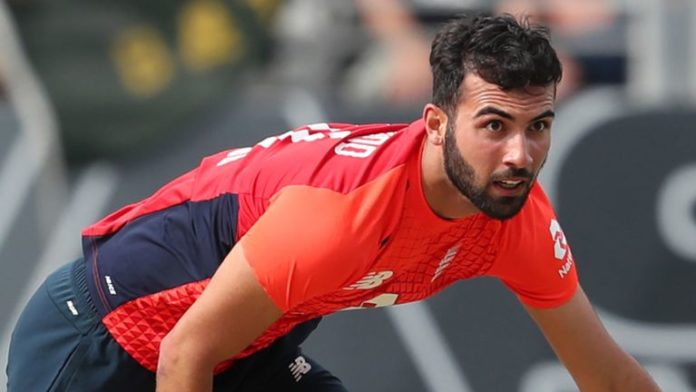 Lancashire’s Saqib Mahmood is one of three players to be be the first recipients of England Pace Bowling Development Contracts this summer.

Along with Olly Stone and Craig Overton he will also have a “significant” amount of the salary he earns at his county paid for by the ECB.

Under the terms of the new contracts, personnel from the ECB’s National Performance Centre will provide more contact time with the high potential young seam bowlers and greater control, in collaboration with their County, over their playing programmes through both the summer and the winter months.

The three players continue to be employed by their respective County, but with the ECB making a significant contribution to the employment costs. As part of the agreement, the player commits to make himself available to participate in the England Lions Individualised Player Programme and Lions Tour, subject to selection. The contracts run until 30 September 2020.

The Club will continue to work closely alongside the ECB to manage Mahmood’s schedule throughout the contract period and his availability to Lancashire during the 2020 season will not be compromised.

Mahmood earned his first England call-up this winter for the tour of New Zealand after a standout white-ball summer for Lancashire. The 22-year-old right-arm seamer added eight T20 wickets to his competition-leading 28 in the Royal London One-Day Cup for the Red Rose, with his performances earning the PCA’s One-Day Player of the Year award.

He played three times in England’s IT20 series victory over New Zealand and has been selected in England’s three-match ODI series against South Africa, which starts next month in Cape Town, and has also been selected in the red-ball squad for the England Lions tour of Australia towards the end of February.

The new contracts will run until 30 September.

Livingston gets Test squad call up