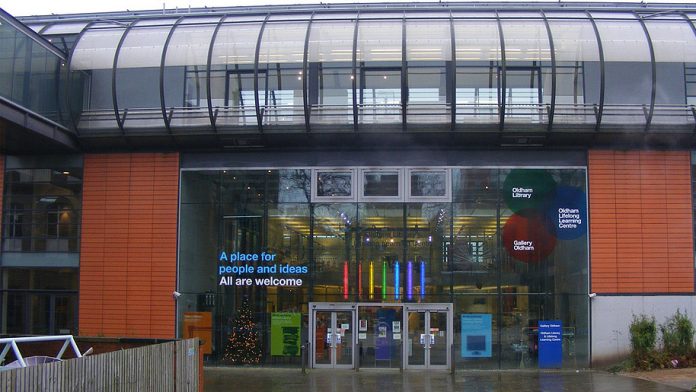 A new exhibition opening this weekend at Oldham Gallery  will present a series of works exploring climate change, the Era of the Anthropocene and humankind’s relationship to the natural world.

Artists Richard Dawson and Jacqui Symons present a series of works at Gallery Oldham from 24 March – 9 June questioning humankind’s impact on, and changing relationship with the natural world from the 19th Century to the present day, known as the ‘Era of the Anthropocene’.

Each artist explores themes including climate change, loss of biodiversity and extinction from an individual perspective. The exhibition incorporates a wide range of media including print, sculpture and installation to present a thought-provoking and engaging show that is the first of its kind for Gallery Oldham.

The exhibition will feature a selection of new works including a recreation of Percival Farrington’s study, a 21st Century tree-drawing machine, the Dove Stone Seed Vault and a memorial to lost species.

Visitors will be able to add their own plastic to the Unrecycling Device and take away their very own untruth from the Denial Machine.

Councillor Barbara Brownridge, Cabinet Member for Neighbourhoods and Co-operatives, said: “This is a fascinating exhibition by two talented artists from the north-west and it’s great that their work will be showcased at Gallery Oldham.

“We’re proud of the eclectic range of original artwork that’s on display at the Gallery and I would encourage people to come and have a look at our diverse collection.

“I’m delighted that the Gallery has reopened so soon after the flood, thanks to the great team work of our officers and those from neighbouring authorities whose help has been invaluable.”

Jacqui Symons focuses on multiples and repetitions to explore perception and observation of the surrounding world, encouraging the viewer to approach the familiar in a new and more considered way. She is fascinated by the intricate and the detail, which comes through in all aspects of her work, including printmaking, surface design, installation and sculpture.

Jacqui lives and works on the edge of Manchester, located between the city and the Peak District, which allows her to enjoy both urban and rural environments. Her work has been exhibited both in the UK and internationally, most recently in Hong Kong, Beijing and Salford.

Richard Dawson’s practice is based on the creation of sculptural objects to convey a message and/or narrative and utilises a wide range of materials and techniques. His previous career in design for moving image has influenced his work towards the creation of a linked series’ of installations, kinetic sculptures and soundworks and the creation of immersive narrative spaces.

His work often explores modern concerns within a historical cultural framework and is specifically related to environment and the exploration of humankinds place in nature.

Both artists are based in Mossley, Tameside. They have previously collaborated on numerous projects, but this is their first major joint exhibition.