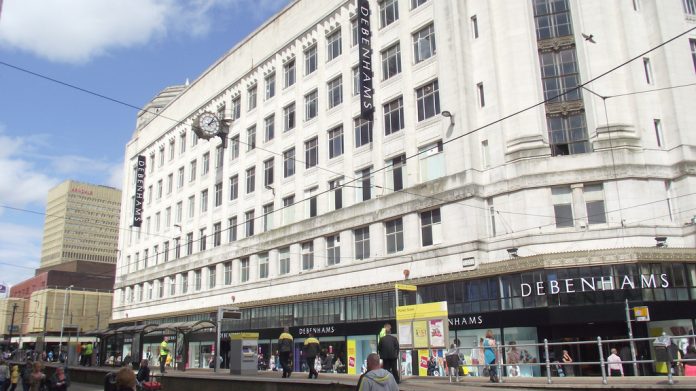 Debenhams City Centre store could be joining the same fate as House of Fraser as the Company announces that it will close up to 50 shops putting 4,000 jobs at risk after reporting a £491.5 million loss.

The stores have yet to be named but will take place over a three to five year period.

The Group reported the loss after declaring exceptional write-downs of £512.4 million, relating to store and lease provisions, IT costs and impairment charges.

“It has been a tough year for retail in 2018 and our performance reflects that. We are taking decisive steps to strengthen Debenhams in a market that remains volatile and challenging.

We are taking tough decisions on stores where financial performance is likely to deteriorate over time.

“Debenhams remains a strong and trusted brand with 19 million customers shopping with us over the past year. With a strengthened balance sheet, we will focus investment behind our strategic priorities and ensure that Debenhams has a sustainable and profitable future.”

The group whose origins go back to the eighteenth century, currently has a 166 stores across the country.Its share price has fallen 75 per cent in the last year as along with other High Street giants,it had struggled with the changing business model on the High Street.

Twelve months on and the gap is not closing