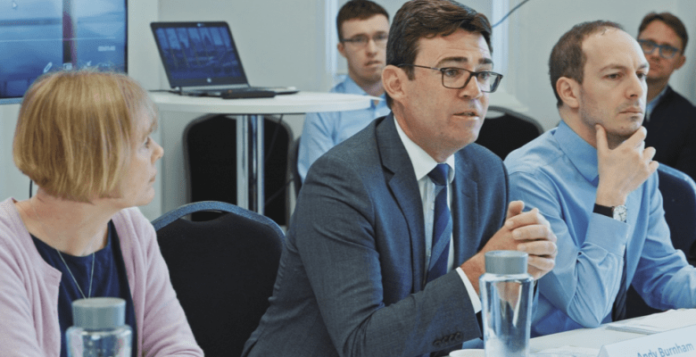 Mayor of Greater Manchester Andy Burnham has called on government to help the city-region tackle air pollution, ahead of his speech at a national Clean Air Summit taking place this Wednesday 23 October.

The Mayor said: “Greater Manchester’s ambition is to become one of the greenest city-regions in Europe. To help achieve that, we’ve produced proposals to introduce the biggest Clean Air Zone outside London, to help tackle the menace of roadside air pollution.

“But our businesses need significant financial support to encourage them to make the switch to cleaner vehicles or upgrade their current fleets.

“We’ve made the case to government and they now need to step up and support us.  If they don’t they will, in effect, create a clean air tax for business. That’s the last thing our economy needs at a time of such national uncertainty. White van drivers, taxi drivers and other small businesses shouldn’t have to pay for the failure of successive governments to tackle the menace of dirty air.”

Andy Burnham will also raise the ongoing issue of air pollution on Greater Manchester’s motorway network, which is managed by Highways England.

£100 million has been ring-fenced by government until 2021 for Highways England to improve air quality nationally. However, that money has not been invested in motorways and no proposals have been put forward by Highways England that match the ambition of the Greater Manchester Clean Air Plan for the local road network.

Greater Manchester has already taken significant steps to reduce pollution. These measures include developing the Bee Network – the UK’s largest cycling and walking network – and investing millions of pounds in the rapid expansion of electric car charging points.

The city-region is also consulting on a proposal to introduce a bus franchising scheme for Greater Manchester – which would bring routes, frequencies, fares and standards under local control.

The Mayor of Greater Manchester will also repeat his calls for additional local authority powers to act on congestion, including moving traffic offences,which would support the clean air agenda and wider transport strategies.

Reform of taxi and private hire legislation as soon as possible to allow licensing authorities to enforce minimum standards and manage out-of-area operation and major investment in the public transport infrastructure of northern England to offer a reliable and efficient alternative to the car across the region.

He will also ask for further investment in infrastructure and technology to make sure the further roll-out of vital electric vehicle charging points across Greater Manchester to support clean air plans and wider carbon reduction ambitions.

Andy is speaking at the International Clean Air summit is being organised by the Mayor of London, Sadiq Khan, and UK100, a group of 94 mayors and local authorities.