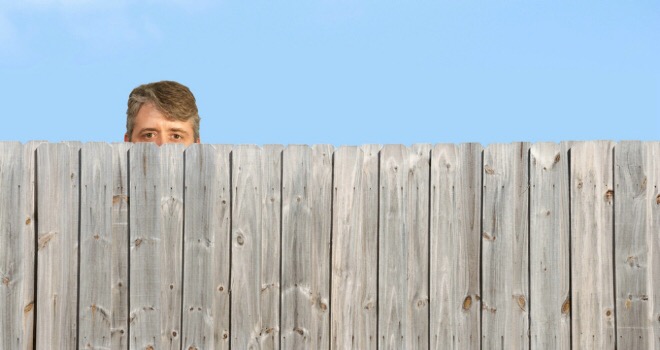 A new report has revealed that disconnected communities and social isolation costs the UK economy £32bn every year.

The research, commissioned by Eden Project initiative The Big Lunch and funded by the Big Lottery, reveals the annual cost to public services of social isolation and disconnected communities.

Disconnected communities are also linked to a loss of productivity, with a net cost to the economy of nearly £12 billion every year.

According to the research, which was carried out by leading economics consultancy the Centre of Economics and Business Research (Cebr), neighbourliness already delivers substantial economic benefits to UK society, representing an annual saving of £23.8 billion in total.

This saving comes from sharing between neighbours, an increase in social connection and reductions in the demands on public services such as healthcare, social care, welfare and the environment.
It also includes the productivity benefits associated with a happier and healthier workforce: a net gain to the economy of £6.4 billion, which is equivalent to 0.34% of UK GDP in 2015.

The Eden Project is an educational charity working to connect people with each other and the living world, with a view to exploring how we can work together towards a better future.

The Big Lunch is one of Eden’s most significant and best known initiatives, made possible by the Big Lottery Fund.The idea is for as many people as possible across the UK to have lunch with their neighbours annually on a Sunday in June, in a simple act of community, friendship and fun.
The Big Lunch commissioned Cebr to produce a study examining the impact of community-led initiatives on societal welfare and on the economy.
The study reveals that neighbourliness helps ease demand on public services by providing locally run alternatives, such as neighbourhood watch schemes and local litter picks.

The saving to public services equates to £2.9 billion today, rising to £8.1 billion if all the people not currently involved in community activities like The Big Lunch switch to being involved.

It also reveals that neighbourliness has a huge welfare value, with over £14.5 billion saved each year because of resources shared and help provided by neighbours who know each other.

This comes in the form of helping elderly neighbours, childcare and babysitting, pet-sitting, doing DIY for each other, and sharing resources such as tools.

Peter Stewart MVO, Eden Project Executive Director said “We wanted to find out more about the impact of community-led initiatives like The Big Lunch – both the benefits to individuals’ health and well-being, and the economic impact. There is a lot of existing research suggesting that people feel happier, safer and more content when they live in connected communities and know their neighbours. However, this study reveals that the financial benefits to individuals and wider society are enormous too. There are more reasons than ever for communities to come together. Getting to know your neighbours through an initiative like The Big Lunch will bring you joy and happiness, and will also help save you and the UK money.”

The report is a combination of qualitative research and quantitative data – the latter garnered via a survey carried out by Cebr for the purposes of the study.

The survey found that on average 97% of people in the UK believe that community projects have a positive impact on society as a whole, and 96% believe that the cost of running key community services is higher if the community is not connected and if people are lonely or socially isolated.

The research also estimates the potential magnitude of these benefits if more people[6] in the UK got to know their neighbours and became more involved in community initiatives and activities, putting this figure at £55.5 billion in welfare terms, and a net gain to the macro economy of £18.1 billion – equivalent to almost 1% of UK GDP in 2015, through productivity improvements.

“We found that, by increasing social capital, reducing isolation, and enhancing social inclusion, community activities and events lead to improvements in health, educational performance and socioeconomic circumstance. As such, they can help redress the balance between the need for and provision of public services and reduce the demands on those services. However, an element of the overall improvement in societal welfare also translates into productivity gains to the UK economy through a happier and healthier workforce.”

100 years of The Tank: The Battle Of Flers-Courcelette Remembered