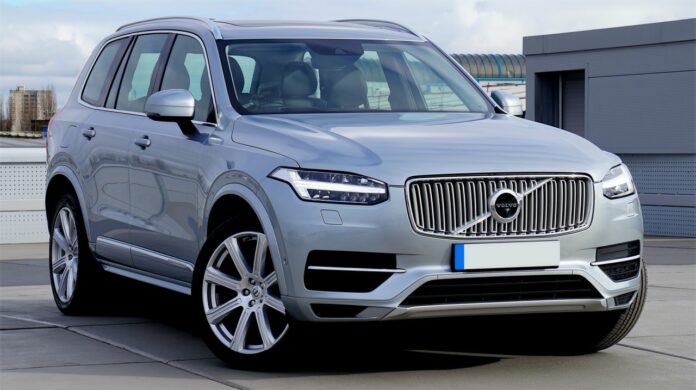 As your family grows, before you know it, the humble hatchback that served you well for the first few years is bursting at the seams with people and their belongings.

That need for a flexible space where varying numbers of passengers and luggage are being transported is one of the reasons why seven-seater cars are so popular.

Think about how often you might need to ferry your parents and kids to a family function, or you find you’ve got someone else’s children joining yours on the school run. With a seven-seater such complications are made easy.

Which kinds of cars have seven seats?

Most of the seven-seater choice on the market these days is centred around chunky looking SUVs – many look like you could tackle Snowdon in them, but the trickiest conditions most will face is a slippery driveway in winter.

As numerous as SUVs are, not many make great seven-seaters as the third-row seats can be cramped and uncomfortable.

Traditional seven-seater MPVs have fallen out of fashion in recent years, but they tend to offer a greater range of interior configurations and can prove to be cheaper to run.

Van-based people carriers have become more popular lately, filling some of the void created by conventional MPVs disappearing. Their upright bodywork ensures lots of room inside, plus many are as good to drive as ordinary cars.

We have picked out the best seven-seaters on sale satisfying the varying needs of different car buyers, so read on before getting your old motor’s kerbed wheels fixed and its interior deep-cleaned.

Think Volvo and the chances are you will inevitably think ‘safety’ – even before most car buyers ranked it highly as a purchasing factor, the Swedish company was making life-saving advances that we now take for granted.

Despite being around since 2015, the second-generation XC90 remains one of the safest cars crash-tested by Euro NCAP.

Volvo’s added to the XC90’s appeal further by decking it out with a luxurious, spacious interior capable of accommodating seven adults in Scandi-cool surroundings.

Inevitably, its pricey to buy with the cheapest XC90 weighing in at a smidgen over £55,000, but thanks to a broad range of hybrid engines its cost-effective to run.

If you’re attracted to the styling of SUVs, but lament the ease of use of an old-fashioned people carrier, then rejoice: the Peugeot 5008 SUV is an MPV by stealth.

There’s no hassle removing any of the five individual rear seats when you need more carrying capacity because they call conveniently fold away into the floor, leaving a flat load bay.

Fitting child seats is also a doddle as each of the middle-row positions has Isofix mounting points.

All these virtues are wrapped in very distinctive bodywork that can be finished in bold two-tone colour schemes to show off your personality on the road.

It’s an appealing package that can be yours in its least expensive form for just under £30,000.

Running costs are pegged nice and low, too, thanks to an efficient range of small-capacity petrol and diesel engines. No hybrid versions, though – if you want that combined with these looks you’ll have to go for the smaller, five-seater Peugeot 3008.

It’s hard not to be won over by the Berlingo’s unpretentious charm. Not only is it a very capable seven-seater, it scores bonus points for being easy to drive, having masses of storage pockets and cubby holes to store things in, and the sliding rear doors mean it’s easy for passengers to get in and out in tight car parks.

And, because it’s van-based, once all the rear seats are folded out of the way you’ve got an enormous space for carrying cargo.

If you don’t like the Citroen’s styling, virtually identical van-derived cars are also available as the Peugeot Rifter and Vauxhall Combo Life. All share the same efficient range of petrol and diesel engines plus, from the middle of 2021, a fully electric option too.

There’s lots to commend the Berlingo, not least that it costs from £23,600 according to a Parkers car valuation – superb value for a capable and capacious seven-seater.

Looking just about as sleek as a spacious seven-seater car can, the Ford S-Max has a trick up its sleeve that others of its ilk can’t match – it’s good fun to drive.

Don’t underestimate how important this can be for buyers new to this kind of car – those who’ve migrated from dynamically satisfying and capable hatchbacks and saloons often require coaxing into a family friendly bus, and being pleasurable to hustle along a winding road can be key.

Nevertheless, the S-Max doesn’t sacrifice flexibility in its pursuit of driving enjoyment. All five rear seats fold easily into the floor when not required, plus if you want something different for the interior you can upgrade to sportier ST-Line or luxurious Vignale specifications.

Joining the diesel engines in 2021 is a self-charging hybrid which will likely suit those better who predominantly drive around town on shorter journeys.

Volkswagen Caravelle – Best of the best

Combining many of the virtues of the other seven-seaters as the best of the best is Volkswagen’s evergreen Caravelle.

Yes, it’s clearly van-based, but its plush interior ensures once you’re sat inside, stretching your legs in palatial surroundings, you soon forget.

It doesn’t drive like a van, either and is an especially comfy, lounge-like experience, particularly for those in the back.

Its seating configuration is highly adaptable, too, with middle-row chairs that can be easily rotated around to face backwards for much more sociable journeys. Sliding the third row bench forwards ensures that there’s also ample luggage space for the seven people on board with nobody complaining about being cramped.

VW’s diesel engines are powerful, but reasonably efficient for this size of car, plus convenient features such as air conditioning vents in the roof for rear passengers and electrically operated sliding doors make it a breeze for family life.

Such excellence doesn’t come cheap, though – you won’t have much change from £50,000 for the most basic version, but it’s a very well equipped vehicle in its own right.

You and your family aren’t likely to be disappointed with this one.

Bitcoin Regulations- What You Should Know

‘Halloween in the City’ Returns to Create Spooky Events