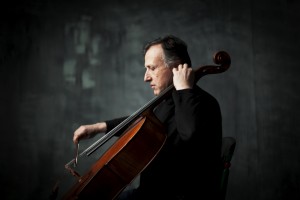 Raphael Wallfisch, one of the most distinguished solo cellists of our time, is President of the Northern Chamber Orchestra and in November gave the UK première of Mieczysław Weinberg’s Cello Concertino at The Stoller Hall in Manchester.

Weinberg was a contemporary of Shostakovich who surpassed his friend in the quantity of symphonies and quartets he composed, and whose work has recently gained new recognition from critics and audiences alike.

Wallfisch also played the original version of Tchaikovsky’s Rococo Variations, which marries the expressive power of the instrument with the virtuosity of its player. Also on the programme were Gustav Holst’s St Paul’s Suite, which shows the perfection of his string writing, and the ever fresh Fifth Symphony by the youthful Franz Schubert.

The performance took place at the stunning Stoller Hall in Manchester and was the orchestra’s first concert of their 2019-20 season at the RIBA-award winning auditorium. It was originally streamed exclusively to care homes as part of the NCO’s Mind Music programme, working with people living with dementia; however the musicians have kindly given permission for the concert to be streamed to the public for 24 hours, from Saturday 18 April at 7.30pm.

The stream is free to watch, and those interested should visit the NCO’s YouTube channel (https://bit.ly/NCOYouTube) from 7.30pm on Saturday 18 April. The stream will also be available on the NCO’s Facebook page (https://www.facebook.com/northernchamberorchestra) at the same time. Both streams will be available to watch for 24 hours.

Two busy weeks for the Hallé in Manchester