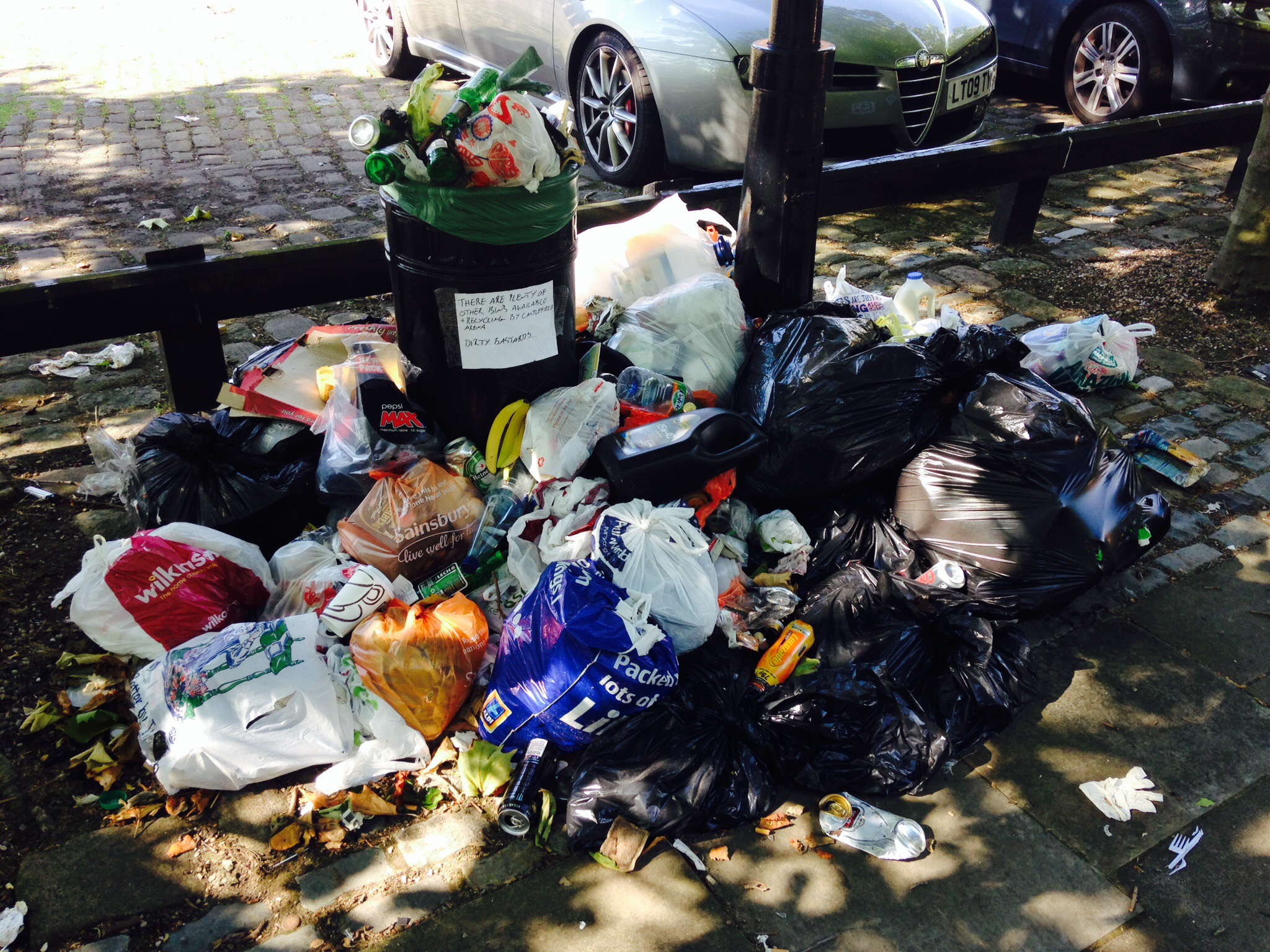 Litter levels in The North West of England are the worst in the country according to a survey out today.

The region has come bottom in figures produced by Keep Britain Tidy on behalf of the Department of the Environment, Farming and Rural Affairs.

The survey, the 13th carried out, reveals that there are some clear differences in the levels of litter found on streets around the country and shows that those who live in the poorest places in England tend to have the dirtiest streets.

On top of that, the survey shows that poor levels of cleanliness are also associated with increases in other low-level crime and social disorder.

For the first time this year, the way the data is collected for the survey has been changed so that it can be linked with other national data sets.

And the results make for some stark reading. Although, overall, across England litter levels are at or above an acceptable standard on 89% of sites, this is not the whole story.

In the least deprived areas, only 3% of sites fall below an acceptable standard for litter but this percentage rises to 28% in the most deprived areas – nine times worse.

The survey also shows that the places that have the lowest levels of litter, fly-posting and graffiti are also those least at risk from crime. The overall presence of crime is far greater on streets where litter, graffiti and fly-posting are present.

The top three litter types in England have remained consistent over the past decade. Smokers’ materials are the most common, confectionery packs are second and non- alcoholic drinks-related litter is the third most common.

The survey found that over the past ten years, there has been an increase in
the prevalence of fast food-related litter; this includes wrappings, boxes, drinks containers, plastic straws, plastic cutlery, branded paper napkins, all sandwich cartons, salt sachets, etc. It is now the fourth most common litter type in England and is increasing at a rate far exceeding that
of the top three litter types. Fast-food premises include hot food takeaway premises, coffee shops and all other retail outlets that sell pre-prepared foods (with short shelf lives) in a way that can be consumed in public places.

The report, he added, “should act as a wake-up call to action for everyone who has a role to play in improving our environment at its most basic level – outside our own front doors.”

Environment Minister Dan Rogerson said: “Litter has a huge impact on the quality of our streets and public spaces and we all have a responsibility to keep our communities tidy. Government is introducing a charge on plastic bags and supporting initiatives such as the National Litter Prevention Commitment. This encourages business to reduce litter through improved product design and labelling for consumers.

“While we have made great progress in recent years, this research shows there is still more to be done. I hope local authorities consider these results as they work to keep our neighbourhoods clean and tidy.”