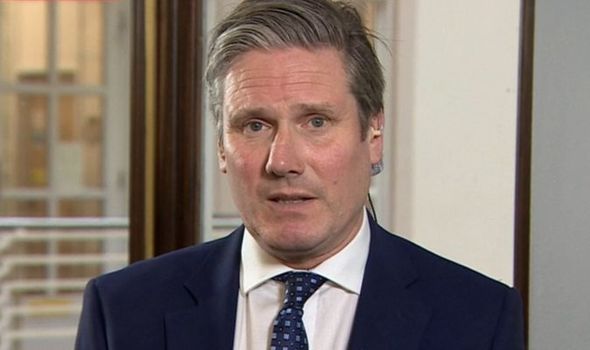 The Labour Leader Kier Starmer has accused the Prime Minister of a lack of clarity or consensus when he broadcast to the nation tonight.

Sir Keir said the PM “appears to be effectively telling millions of people to go back to work tomorrow” without the necessary guidance.

“But we haven’t got the guidelines, and we don’t know how it’s going to work with public transport so there’s a huge number of questions arising out of this.
“Well what the country wanted tonight was clarity and consensus, and I’m afraid we’ve got neither,” the Labour leader said in an interview.

“This statement raises as many questions as it answers, and we see the prospect of England, Scotland and Wales, pulling in different directions. It’s big gap here for the Government to make up.”

“Trying to keep a sense of national unity. But not sure the PM has helped us there.”

Nicola Sturgeon has told BBC Scotland that “pretty much everything” the Prime Minister announced applied to England only and the only restriction she is lifting in Scotland is a small change in the rules around outdoor exercise.

Meanwhile according to the Daily Telegraph Boris Johnson was forced to quell a Cabinet rebellion today after furious ministers complained about being left in the dark about his plans to ease the lockdown.

“The Prime Minister insisted at Sunday’s meeting he had not made any decisions behind the ministers’ backs, and also issued a personal apology to Health Secretary Matt Hancock following newspaper reports that his performance had been called into question.”