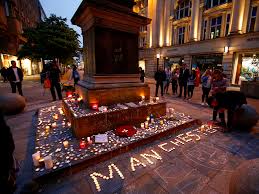 Rising levels of extremism in all communities means new thinking is needed to counter the terror threat, the Mayor of Greater Manchester says following a report out today which was commissioned after last year’s terror attack at Manchester Arena.

Commission Preventing Hateful Extremism and Promoting Social Cohesion was set up by the Mayor and Deputy Mayor Bev Hughes and was chaired by Councillor Rishi Shori, the Leader of Bury Council and Greater Manchester’s lead member for young people and social cohesion.

Rishi was supported by six independent commissioners with a range of impressive experience in this field. They engaged with thousands of people in Greater Manchester to paint a picture of what life is like here, and also used academic research to guide their work.

The report has found there is no single cause of individuals becoming radicalised, but the behavioural patterns caused by situation or emotional changes can be an early indicator. It also found there is a need for people to have the opportunity and safe places to have difficult and challenging conversations.

One of the findings of the report was lack of information about the Prevent scheme had led to a “fear of persecution” among Muslims.It was “negatively affecting cohesion in communities across Greater Manchester” said the authors

In the weeks following, Greater Manchester Police reported a 130% rise in hate crime,
including a 500% rise in Islamophobic related hate crime.

Official reporting rates of hate crime have increased significantly across the cityregion,
however, research suggests that reporting is still widely under-reported, the report found .

The report also found that  the social and economic inequalities that exist across Greater Manchester were likely to have a negative effect on social cohesion and may have an impact on the risk of radicalisation and also blames reductions in public services for increasing isolation in communities.

“Addressing economic opportunity for all is a key pillar to better integration. There
remain marked differences between ethnic groups in Greater Manchester on their
ability to be economically active. Businesses play a key role in social cohesion and
the economic growth seen across the city-region in recent years provides an ideal
opportunity for businesses to work with other agencies to address inequalities in the
workplace.”

Andy Burnham said: “In the aftermath of the horrific and evil attack on the Manchester Arena, people in Greater Manchester responded with a spirit of great defiance and solidarity. The Deputy Mayor and I commissioned this report to see how we might capture that spirit on an on-going basis, with a desire to make our communities permanently stronger and safer.

“The truth is that we live in polarised times when violent extremism is on the rise in all communities. As the Commission concludes, it is families, friends and neighbours who are most likely to be the first to witness changes towards more extreme behaviour that might lead to violence. This is not about encouraging people to spy on each other but creating a greater understanding of the signs that indicate where behaviour has crossed the line and then making it easier to report.

“Of course, the primary responsibility for tackling terrorism will always lie with the police and security services. They have our full support and they have done great work since the attack to bring those responsible to justice and reassure our communities. But there is more that we can all do to help them. The more we adopt a ‘whole-society’ approach to tackling extremism, the more effective it will be.

One of the main focuses of the report was how Prevent, part of the Government’s anti-terrorism strategy, operates in Greater Manchester. The commissioners found that while the principles that underpin Prevent are correct, there is a lack of information available and this leads to fear spreading in communities, which has led to a perception that it targets one community in particular.

A drive will now be made to share more information about Prevent to allow it to be more effective and build trust in communities. The Commission has supported a second pilot of Operation Dovetail – the transferring of safeguarding responsibilities under Prevent from the Police to councils and other agencies to enable a more community-focused approach, learning from Manchester’s RADEQUAL programme.

The Mayor and Deputy Mayor have accepted the argument put by the Commission that top-down efforts to create common identity is unlikely to work and that a Greater Manchester charter would not be an effective way to build social cohesion.

Deputy Mayor, Bev Hughes said: “Whilst it was right for the Commission to explore the idea of a Greater Manchester charter, we understand their argument that it would not be an effective way to build social cohesion.  It is not possible to impose an identity on people, as the Government has found with its promotion of ‘British Values’.

“Identity takes many forms and can come from locality, faith or communities but importantly identity for society comes organically, as was shown through the #WeStandTogether movement.

“It is through the principles of these publicly-supported movements that we can best build social cohesion.”