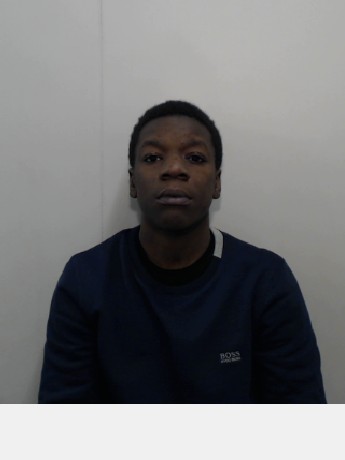 A man and two boys who robbed takeaway delivery drivers in Moston have been jailed for 30 years as part of Operation Pavlova.

Fidane Dehaney aged 21 of Woodstock Road, Moston, was sentenced at Manchester Crown Court to 14 years and a half years in prison after being found guilty of conspiracy to commit robbery, assault and a number of personal robberies.

A 16-year-old boy who cannot be named for legal reasons, pleaded guilty to of conspiracy to commit robbery, 18 assault and a number of personal robberies and was sentenced to 11 years in prison.

A 15-year-old boy who cannot be named for legal reasons, pleaded guilty to conspiracy to commit robbery, assault and a number of personal robberies and was sentenced to 4 years and a half years..

All three were charged with conspiracy to commit robbery which included nine robberies or attempted robberies on takeaway delivery drivers and seven personal robberies, as well as various other offences of theft and driving offences.

On separate occasions throughout December 2017 and January 2018, the group targeted delivery drivers by putting in hoax calls to local takeaways and attacking them when they came to deliver food.

To ensure that their targets were more vulnerable, the order addresses were chosen so that the delivery drivers would have to walk down quiet, dimly-lit alleyways. The offenders would then launch their attack, armed with machetes or large knives, before attempting to steal the victims’ valuables and cars.

This same method of luring takeaway drivers to secluded areas was used by the gang every time, with the incidents growing increasingly violent in nature.

The final robbery occurred on 6 January on Moston Lane and saw the victim mercilessly beaten before his car was stolen. His head injuries were so severe that the neurosurgeon described them as similar to injuries seen in patients who had been involved in a road traffic collision.

The victim spent 11 days in intensive care and over three months in hospital being treated.

Detective Chief Inspector Muz Kernain, from GMP’s City of Manchester Borough, said: “These offenders targeted hard-working delivery drivers and subjected them to terrifying robberies and, in most cases, brutal attacks.

“Officers launched an investigation and worked diligently to gather the evidence needed to bring this group to justice.

“I hope the victims get some comfort in knowing the offenders must now face up to what they have done- spending the next 30 years in jail.”