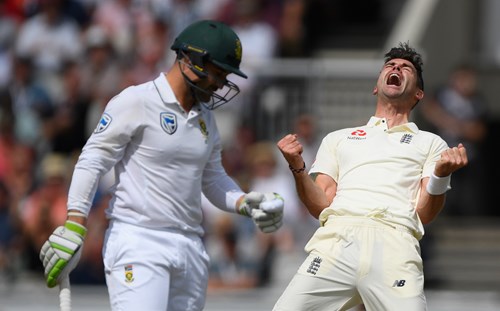 Lancashire’s James Anderson has been included in the best ever men’s Test XI to celebrate the 1000th England men’s Test match at Edgbaston, starting on Wednesday 1st August.

Cricket fans from across the country were invited to pick their team from over 100 players ranging from W.G. Grace in the 1880s to current Test captain Joe Root in a survey completed by over 6,000 England cricket fans.

After two weeks of voting and, with some selections coming down to only three votes, the official nation’s best-ever England men’s Test XI, is:

The team will be celebrated with a day of activity at Edgbaston on day three of the Specsavers Test against India on Friday 3rd August.

“To be playing our 1000th men’s Test is a true testament to the enduring importance of Test cricket. It is the pinnacle for players and fans at home and abroad.

“This selection, chosen by England followers, has Test careers ranging from 1937 to the present day and encapsulates both the history of this great game and showcases the fine players we’ve produced in this country.”