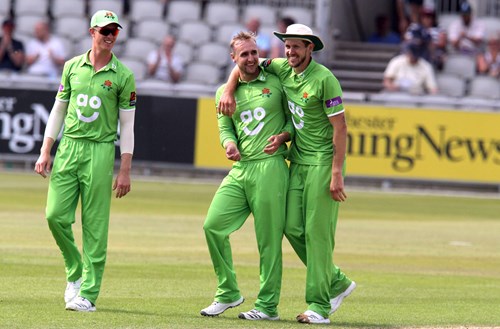 A magnificent career-best one-day innings of 147 by Alex Davies helped Lancashire to a thumping 192-run victory over Durham in the Royal London One-Day Cup at Emirates Old Trafford, the highest winning margin, in terms of runs, by the Red Rose since 1992.

It was a day of Lancashire batting records with Davies and Keaton Jennings posted a 175-run opening partnership, the highest Red Rose first wicket partnership against Durham in one-day cricket, to give the hosts’ a firm grip on the early part of the game after Liam Livingstone won the toss.

And once that partnership was broken, the Red Rose capitalised on the great start to post a formidable total of 314-7.

It proved to be far too many for the visitors who started badly to be 32-4 and never recovered, eventually slumping to 122 all out.