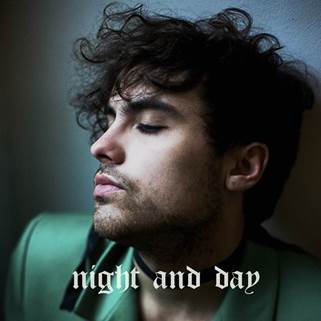 Keir has released the details of his second single ‘Night & Day’ along with a UK tour in April 2018 which includes a headline show at Manchester’s Castle Hotel on Sunday 22nd April.

23-year-old singer and songwriter KEIR today releases his second single, and accompanying video, for track ‘Night & Day’. The track premiered on Dork and is available to buy and stream now from all digital partners.

Following on from his stand out debut track, ‘Squeeze Me,’ which saw Keir reach number eight in the Spotify Viral Chart, ‘Night & Day’ is another daring slice of soulful pop-rock.

‘Night & Day’ showcases Keir’s viceral vocal talent and songwriting that burns with fervent purity. On the track, Keir reflects, “‘Night & Day’ is about the sudden changes that happen in relationships; between you and the person you once thought understood you. It’s about being able to love yourself again after it all ends and knowing that you don’t need anyone else to help validate you.” Shot by Keir and Tom Forsey, the music video features scenes of everyday life – from family to onstage and all the places in between. It includes Keir’s band, his mum, dad, grandparents and friends: the people who make up a day in the life of Keir.

Hailing from Bristol, Keir first caught the eye of critics after performing live for BBC Introducing at Maida Vale and subsequently gained traction at a series of unforgettable early live performances at The Great Escape, Secret Garden Party and Glastonbury; he also supported The Drums on tour in October 2017 which culminated in a sold out show at London’s 02 Shepherds Bush Empire.

He then followed with a London headline date at a sold out Waiting Rooms in December. January 2018 saw Keir tour Europe with his first headline European show taking place at the Sugar Factory in Amsterdam, followed by two slots at Eurosonic Festival.

Tickets are on sale now and available from gigst.rs/keir