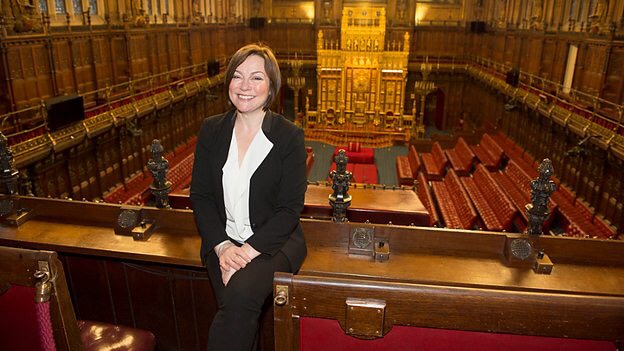 A new series three part begins on BBC2 this week which looks at the struggle for political and sexual equality in Britain.

Historian Amanda Vickery uncovers Britain’s longest war, the 300 year-long campaign by women revealing the largely forgotten heroines (and a few heroes) who fought for the cause in a movement in which Manchester and the NW played a large role.

The series begins by considering the legal, social and political oppression that women suffered in the years before the Suffragette campaign began. From torturous implements designed to stop an ‘unruly’ woman from speaking in public, to the lack of legal claim a wife would have over her own children, property or wealth; this episode paints a clear picture of the reality for women pre-feminism.

Paving the way for the Suffragettes, Vickery will then reveal the key characters of the 18th and 19th centuries who made fundamental steps in the long journey towards a society that can recognise women in equal standing to men, including authors Mary Wollstonecraft and Hannah More who advocated women’s right to an education.

Vickery also considers the role of women in other political movements, such as the abolition of slave trade, the Great Reform Act and the Peterloo Massacre, and what this visibility on the political stage did for the feminist movement.

In part 2, the programme will look at the campaign during the Victorian era and the saddening paradox of a female Queen who thought such campaigners should be punished.

Despite this, during Queen Victoria’s reign extraordinary women gradually changed the lives and opportunities of their sex, despite the furious resistance of government and the monarchy.

Vickery will delve deep into the stories of some of these extraordinary women: from the spurned mistress of a Prime Minister, whose passionate campaign for mothers’ child custody rights resulted in the first piece of modern feminist legislation but had no effect on her own fate; to the passionate anti-sex-trade campaigner, who raised the age of consent and overthrew many of the damaging laws against prostitutes.

Vickery will then take a close look at the events that inspired Mrs Pankhurst and her daughters to resort to action, not words, revolutionising the women’s campaign for the vote forever.

While in the final programme, Amanda explores how the Edwardian Suffragette movement started to employ violent acts to ensure their message was heard.

The programme investigates the political trickery employed to stop women getting the vote and the increasing extremism of the Suffragettes in response. Vickery explores the assertion that it was women’s work in the First World War that encouraged politicians to give them the vote.

She finds that a political backroom deal was formed to allow only some women the vote and will examine the abusive treatment of the first female MP Lady Astor in the 1920s.