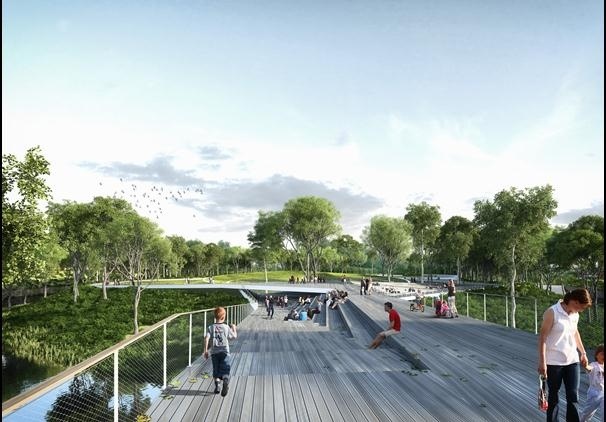 Details have been released today of a new pedestrian bridge across the River Irwell as part of development of Irwell River Park led by Salford City Council.

The winning design from a competition with the Royal Institute of British Architects (Riba) last year was created by Tonkin Liu and Arup and is described as poetic, innovative and elegantly engineered with sinuous curves seamlessly linking the Meadows with the new public space to be created.The competition attracted one hundred and seventy two submissions from thirty one countries, but was finally whittled down to just four teams.

The Meadows site in Salford covers an area of around seven hectares and forms the northern anchor of the Irwell River Park project. With three new bridges already constructed at MediaCity, Spinningfields and Greengate it is hoped that the new bridge will further unlock the vast development potential of this major corridor linking Salford and Manchester.