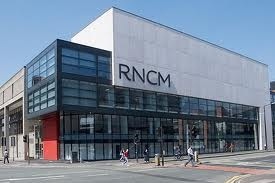 It’s a new Year and therefore it must be time for a new world record.

On Thursday 23rd January sixteen students from the Royal Northern college of music will attempt to break the world record for the most musicians to play the piano simultaneously.

The attempt, in aid of Your RNCM, the College’s £3 million campaign to transform its 40-year-old Concert Hall into a state-of-the-art venue, the students will perform a five minute work for 32 hands by postgraduate composer Tom Harrold, aiming to beat the current world record set by 15 musicians in Vallouise, France back in June 2004.

Talking of the music, entitled Ticcatoccatina, Tom said: ‘I am really excited to be attempting to break this world record. The sound of 16 people playing a single piano at one time should be really intriguing, and I am really looking forward to (hopefully) breaking a world record!’

The World Record attempt takes place at 7.15pm in the Carole Nash Recital Room. It is kindly sponsored and witnessed by International Piano magazine.

Love is in the air at The Lowry with ‘Binaural Dinner Date.’

Home goes on the road to Rusholme Barracks