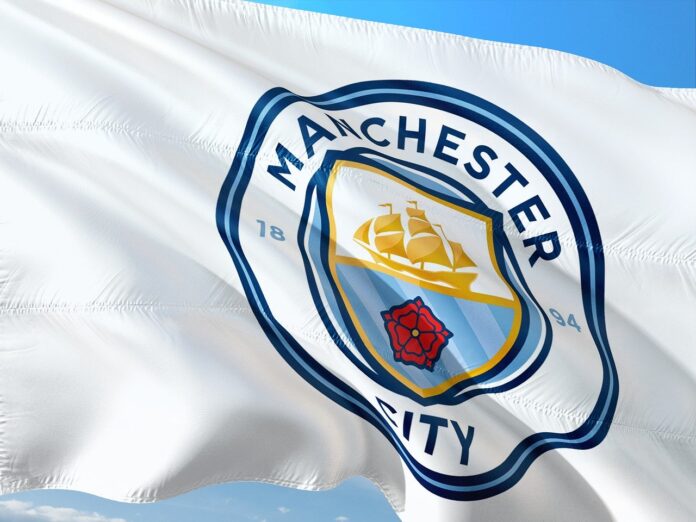 25-year-old Dutch international defender Nathan Ake has completed a £40 million move from recently relegated Bournemouth to Manchester City this week. Ake, who came through the youth system at Dutch side Feyenoord before moving to Chelsea in 2012, has been a mainstay in the Bournemouth defence for the last four seasons.

Ake was a club record signing for Bournemouth from Chelsea back in 2017 and has gone on to make 121 appearances under the now-departed boss Eddie Howe. The Cherries’ relegation from the English Premier League (EPL) has accelerated the Dutchman’s departure from the south coast club, with Ake proving to be more than adept at EPL level. The £40 million transfer deal is reported to have an additional £1 million in add-ons tied into the agreement.

Upon completion of the deal, BBC Sport revealed that Ake viewed it as a “dream” move to the four-time EPL title winners. He added that Pep Guardiola’s philosophy and “style of football” was something that “really appeals” to him. Ake was very much a player in demand too. Reports suggested that Chelsea were keen on bringing him back to Stamford Bridge but eventually opted against triggering a buy-back clause. Meanwhile city neighbours Manchester United had also touched base. It’s further proof that City has become a global football powerhouse, with Ake alluding to Guardiola’s squad brimming with “world-class players” and “big names with international pedigree”.

Despite missing out on the EPL title to Liverpool this year, there is no doubt that the brand of Pep Guardiola’s Manchester City continues to enjoy heightened global exposure on and offline. It even has a dedicated Global Betting Partner, and Training Kit Sponsor in Marathonbet to launch exclusive promotions and giveaways to new Manchester City fans in all four corners of the world, such is the interest and intrigue in City’s rise to becoming what Ake describes as “the best side in England” during the “last decade”. City will be keen to prove that further still in their upcoming Champions League tie with Real Madrid, which will be played without their injured talisman, Sergio Aguero.

What can Nathan Ake bring to the City squad?

Despite being only 25 years of age, Ake has been playing in and around senior squads in English football for the last nine seasons. Just two players of Ake’s age have made more EPL appearances than the Dutchman (Luke Shaw and Hector Bellerin). Having initially arrived at Bournemouth as a left back, Eddie Howe promptly converted him into a left-sided centre half during his initial loan spell at the Vitality Stadium.

After his £20 million permanent move to Dorset the following season, Ake was a permanent figure in the heart of the Bournemouth backline. Nevertheless, Howe intimated last season that Ake saw himself as having the potential to play a holding midfield role. He shone in a victory over Spurs towards the end of the 2018/19 campaign playing in front of the back four, with Howe praising his “versatility”. Positional versatility is something that Guardiola favours hugely in his squad, with the likes of Fernandinho regularly stepping in at centre back to deputise for the likes of Aymeric Laporte.

Given that City are world-renowned for their possession-based approach, Ake’s passing accuracy statistics will not have gone unnoticed with the City hierarchy. This year, Ake registered an 87.6% passing accuracy – his highest percentage in a Bournemouth jersey and the 16th highest among the EPL’s defenders.

The back line is certainly something that Guardiola will be looking to tighten up ahead of the 2020/21 EPL campaign. Despite being the league’s top scorers last term, City had conceded 12 more goals than Liverpool on the week that the Reds claimed their first EPL championship. It’s a worrying trend given that City averaged just 0.6 goals against per game in their title-winning 2018/19 season, with this figure rising to 0.9 goals against per game in 2019/20.

Some will suggest that Guardiola failed to properly replace Vincent Kompany following his return to his Belgian homeland and Anderlecht. Meanwhile the lengthy injury lay-off to Aymeric Laporte was a bigger issue than the club made it out to be, exposing Guardiola’s threadbare central defensive options. Ake will certainly help to fill Kompany’s void, whilst keeping the likes of Laporte, Stones, Fernandinho and Otamendi firmly on their toes.

Curzon Ashton to let Bury fans in for free this weekend