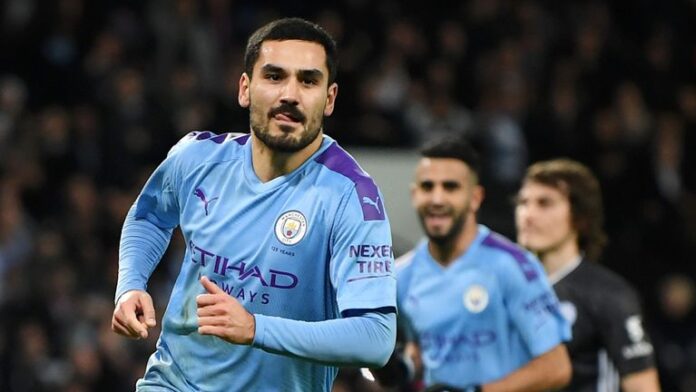 Now that the Premier League season is over the attention of football fans will shift to the European competitions and the main focus will be the Champions League.

Manchester City face Real Madrid at the Etihad Stadium behind close doors in the second leg of the Round of 16.

City will take a 2-1 advantage into the game after a brilliant performance at the Bernabeu which saw goals in the last 12 minutes of the game from Gabriel Jesus (78) and a penalty from Kevin De Bruyne (83) saw the sky blues recover from conceding due to Isco on the hour mark.

Manager Pep Guardiola has spoken of the absence of Sergio Aguero going into the tie after the Argentinian goal-getter after he injured his knee last month and doubts that the star striker will be fit for the game against Spain’s newly crowned champions.

“No, I think it will not be possible for the timing.”

However, Ilkay Gundogan remains upbeat The Citizens can overcome Real Madrid even though losing the clubs record goalscorer is frustrating.

“It is definitely disappointing to not have Sergio available. We wish him a speedy recovery and to have him back as soon as possible, because he is such an important player for us.

We have to deal with injuries, as we did in the season with Aymeric [Laporte] not being available. We have to do the same now with Sergio’s situation. I am sure we will be able to do that.

Other players will have to step up. We have Gabby [Jesus], who is an amazing player, but we also have different players who can play as a false nine.

I am sure we will be able to deal with it, but of course, we will miss him.”

He went on to speak of the potential of being placed upfront himself, even though he believes players such as Jesus who has scored 4 times in his last 8 Premier League appearances are in front of him.

If that is as a false nine, I will try to do that.”

With the second leg looming do you think City will succeed over Real Madrid without Aguero?