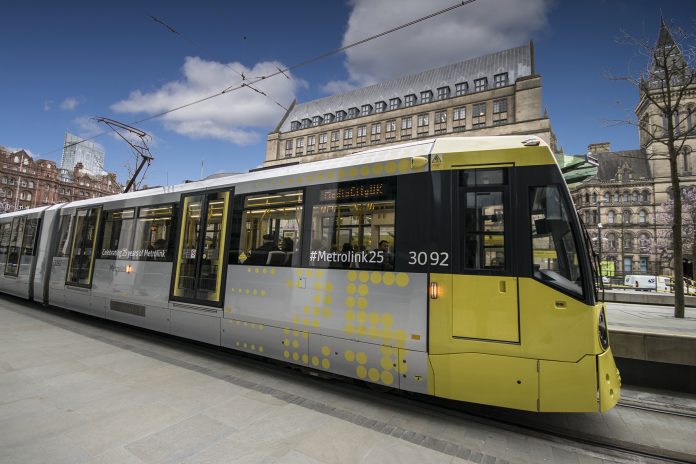 The ‘Congestion Deal’ is a new approach to tackling congestion, where public bodies and operators are challenged to offer people more choice in their travel options and employers, residents and commuters are incentivised to change their travel behaviour.

The new measures include an £80m investment in Metrolink trams, providing 4,800 extra spaces and increasing capacity on the busiest lines and £160m investment in cycling and walking infrastructure, giving thousands of people the potential to move around without reliance on private car use.

There will be incentives for employers to introduce flexible start and finish times for their workforce through the potential introduction of an early bird ‘pre-peak’ ticket offer on Metrolink, as well as a potential group Metrolink discount for businesses that agree to implement flexible working.

The Mayor also promised to explore High Occupancy Vehicle lane pilot, to give priority to cars with three or more passengers, to encourage more car sharing and an expanded transport control centre operating 24 hours a day to help improve the flow of people and goods around Greater Manchester, and provide real-time information to the public

The Congestion Deal follows the Mayor’s Congestion Conversation last autumn, which over 7,000 members of the public responded to. People were asked what the causes and impact of, and solutions to, congestion might be. The results of the online survey, which informed the measures in the Congestion Deal, suggested that the main causes of congestion were too many people travelling at the same time; too many short journeys by car; roadworks; poorly timed traffic lights and no realistic alternatives to driving.

The Congestion Deal has been developed on behalf of the Mayor of Greater Manchester by TfGM, alongside a group of independent experts, with Greater Manchester’s ten local highways authorities, aims to tackle the causes of congestion through transport bodies, businesses and individuals working together across the region. The Greater Manchester Clean Air Plan, due to be published later this year will also incorporate the Congestion Deal, and develop proposals to take action on our most polluted and most congested roads. By May, the last of 50 new PCSOs will be in place as part of the Travelsafe Partnership’s ongoing work to keep the public safe on public transport.

“Every week, my Twitter feed and inbox are filled with accounts of the difficulties people experience in travelling to work, dropping the kids off at school or getting to appointments on time. There’s no quick fix or single solution to tackling congestion and it requires a long term approach, but there are things we could be doing better.

“So I’d like all of Greater Manchester to agree to a congestion deal; transport bodies and businesses will work together to give people real choice about their travel options; whilst Greater Manchester residents must also play their part in the deal by making changes to how and when they travel and by choosing public transport, cycling or walking as an alternative to the car where possible.

“If everyone does their bit, from businesses to bus operators and from council to commuters, we can work together to reduce congestion and make Greater Manchester an even better place to live and work in the future.”

Chris Boardman, Greater Manchester Cycling and Walking Commissioner, said: “Making it easier for more people to travel without using cars, particularly for short journeys, is one of the key ways we can tackle congestion. We can only do this if we make active travel the easiest, most attractive and logical option.

“The £160m investment in cycling and walking infrastructure, would kick-start a major transformation of how people of all ages travel.

“We’ve said from the start that this transformation has to be led and owned by local people. We’re ready to work closely with communities on bold and ambitious plans that will unlock the potential for thousands more people to get around by bike or on foot.”

The proposals are set to be discussed by leaders from the Greater Manchester Combined Authority (GMCA) next week (Thursday 29 March).

“For those who are struggling we’re going to be here for you-Burnham launches OneGM...

Almost £2 billion in total has been spent on “crony” contracts going to Conservative...