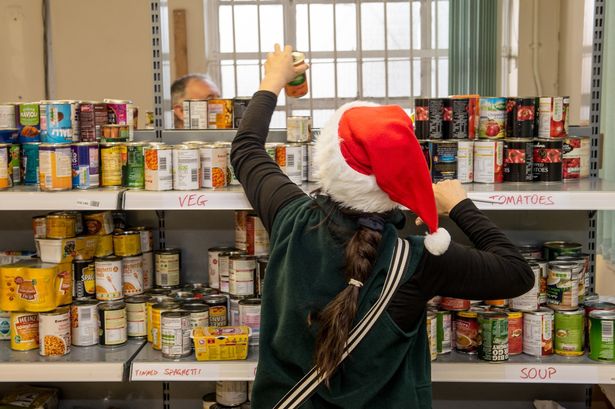 Data released today shows December 2018 was the busiest month for food banks last year. 186,185 three-day emergency food parcels were provided by food banks in the Trussell Trust’s network to people in crisis; 78,536 of these went to children. This is 44% higher than the monthly average for the 2018-19 financial year.

Just weeks ago, the charity published figures for April – Sept 2019, showing that there has already been a 23% increase in the number of food parcels provided compared to the same period in 2018.

The new figures follow the recent publication of State of Hunger, the most in-depth study to date into hunger and the drivers of food bank use in the UK. The research revealed that the average weekly income of households at food banks is only £50 after paying rent.

One in five have no money coming in at all in the month before being referred for emergency food and that 94% of people at food banks are destitute.

The Trussell Trust is encouraging the public to do two things ahead of this Christmas.

First, it’s asking the public to donate to their local food bank as soon as possible, to ensure vital help is there for people pulled into crisis by increased pressure from heating bills, food and other essentials during the lead up to Christmas. Volunteers will be stretched supporting more people than ever, so the earlier donations are made, the more time volunteers will have to distribute them to people referred.

Second, in the run up to the General Election, it’s asking the public to ask candidates on all sides to pledge to protect people from hunger by ensuring everyone has enough money for the basics.

“Christmas is supposed to be a time of joy and celebration – but for too many people it’s becoming harder and harder to keep their heads above water. Nine in 10 of us believe hunger in the UK is a problem – food banks cannot and should not have to continue to pick up the pieces.

“We know many people want to help their local communities at this time of year. There are two simple things you can do to make a real difference. First, find out what items your local food bank is most in need of and donate as soon as possible. Then help us end the need for food banks for good, by asking all your local candidates up for election to pledge to protect people from hunger by making sure everyone has enough money for the basics.

“It’s not right that anyone should have to use a food bank at any time of year – not just at Christmas. Our next government must start working towards a future where no one needs a food bank. It’s not inevitable that every Christmas we hear stories about families needing food banks. It’s in our power to reach a future where everyone has enough money for the basics. This can change.”

Mancunian Way to be closed all weekend