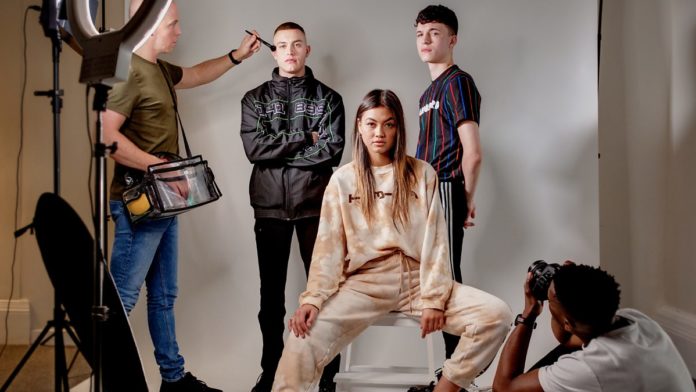 New BBC Three boxset Models: From Street To Catwalk will be available on BBC iPlayer now.

The new show explores the intimate and emotional stories of Manchester’s young men and women who have been given a shot at changing their lives, as they are scouted from some of the most deprived areas of the North West.

The modelling industry is changing and an edgy, diverse ‘Manchester look’ is in demand.

Mancunian agency Nemesis is on the lookout for a roster of new talent to join the ranks of the global supermodel elite.

But there is a no-nonsense policy – if you mess up, you are out; succeed and you are made for life.

“When I came into the industry in the 80s – modelling in Manchester was based around advertising so it was all very middle class and white. All that changed about 6 years ago when online fashion took off.

All of a sudden the people buying from online fashion brands were dictating what look they wanted the models to have and everything became far more diverse and exciting Manchester models are in demand for their creativity, charisma and work ethic.

The only problem for us at Nemesis is after years of being ignored, black and biracial models don’t tend to approach model agencies – that’s why we did this show, to encourage more kids to get involved.”

This series will give viewers an exclusive, access-all-area pass to the inner workings of the modelling industry in the UK and across the world.

The full four part series is available to stream on BBC iPlayer here.

Restore the Mind, Body and Soul this Winter with Rena Spa at the Midland’s...