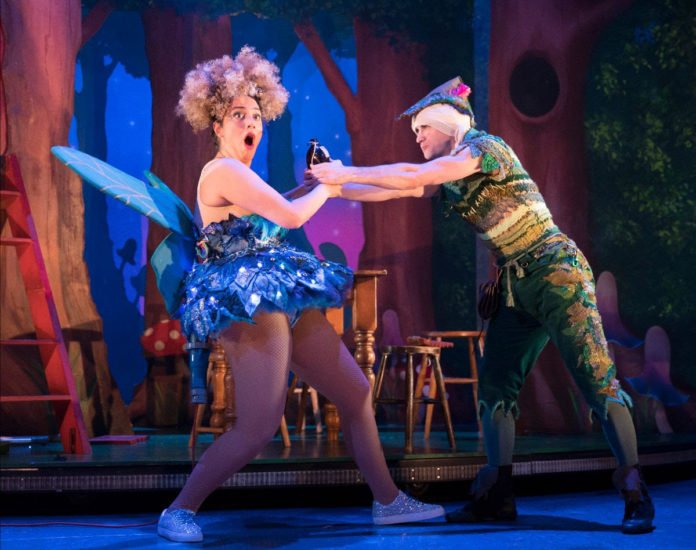 Mischief Theatre, the multi award-winning theatre company responsible for the worldwide smash hit ‘The Play That Goes Wrong’, return to The Lowry next week with ‘Peter Pan Goes Wrong‘. Opening on Tuesday 3 December and running until Saturday 7 December.

The play sees the ‘Cornley Polytechnic Drama Society’ back on stage battling technical hitches, flying mishaps and cast disputes as they attempt to present J.M Barrie’s much-loved tale. But will they ever make it to Neverland?

Nominated for an Olivier Award for ‘Best New Comedy’ in 2016, ‘Peter Pan Goes Wrong’ has enjoyed two West End seasons, a tour of Australia and New Zealand and a UK tour. A one-hour version of the show was broadcast on primetime BBC One in December 2016, starring David Suchet as the guest narrator and watched by an audience of over six million worldwide.