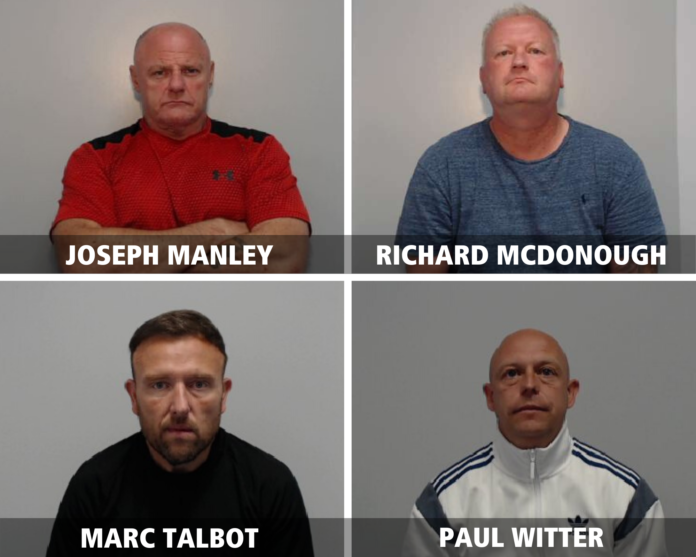 Four men have been jailed at Bolton Crown Court after police seized the largest amount of heroin adulterant in the UK from an industrial unit in Wigan.

Police were called by Greater Manchester Fire and Rescue Service to a fire at a unit in a trading estate off Worthington Way in Marus Bridge.

Police spoke with Marc Talbot who arrived at the scene in a dark grey Porsche and told officers that he worked at the property for a man named Paul Witter who was on holiday in Tenerife.

Officers secured the unit as a crime scene pending further investigation into the cause of the fire. 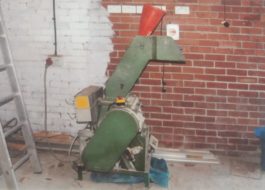 Vast amounts of paracetamol, caffeine and small bottles of food colouring were found in the unit – known to be used in the underworld and added to the class A drug heroin. Large white bags of powder were also seized during the search.

Police discovered that approximately 375 kilos of heroin adulterant was being produced at the unit.

DNA and fingerprints belonging to Witter, McDonough, Talbot and Joseph Manley were found during the search and subsequent forensic examination.

After the fire at the unit in Wigan, surveillance revealed that Witter, McDonough, Talbot and Joseph Manley were all in contact with each other in the hours immediately prior to, during, and following the incident.

Following these findings, an investigation was launched into the conspiracy to manufacture and supply class A drugs across Wigan and Merseyside.

By Friday 20 July 2018, police had enough evidence to execute eleven simultaneous warrants across Wigan and Merseyside.

Paracetamol, caffeine, and a large amount of brown powder totalling approximately 86 kilograms, along with blender bottles, fabric gloves and other manufacturing equipment were amongst some of the items found in Joseph Manley’s detached garage and within the house.

Witter, McDonough, Manley, Talbot, were all arrested on the same day on suspicion of conspiring to manufacture and supply class A drugs.

All four were later charged with conspiracy to supply Heroin. All defendants pleaded not guilty, with Manley and McDonough claiming that they were told they were preparing a ‘Sports Drink’ for an un-named person, and Witter and Talbot claiming that McDonough had provided them with a false story, telling them that he was using their unit to run a ‘Bio fuel’ business.

Detective Sergeant Simon Monks of the Wigan District’s Challenger Team said: “These men thought they were above the law, and some of them lived a lifestyle that they funded through manufacturing and supplying a shocking amount of class A drugs.

“The conviction and sentencing of these men today has prevented the distribution of industrial amounts of heroin reaching the streets of Greater Manchester, Merseyside and no doubt way beyond. These are amounts of heroin adulterant, which we have never seen the likes of before within any seizures previously in the UK.

“I hope today’s sentencing serves as an example to those tempted by crime that we will pursue them, and makes clear the consequences that anybody who chooses a life of drug dealing will face.

“I would like to thank both the CPS for their continued support throughout this lengthy and complex case, and also the investigation team of Wigan Challenger – Organised Crime unit, for their tireless efforts.”

Knife-wielding offender who tried to stab a man during an argument in a city...

£27K worth of fake cigarettes and hand rolling tobacco recovered