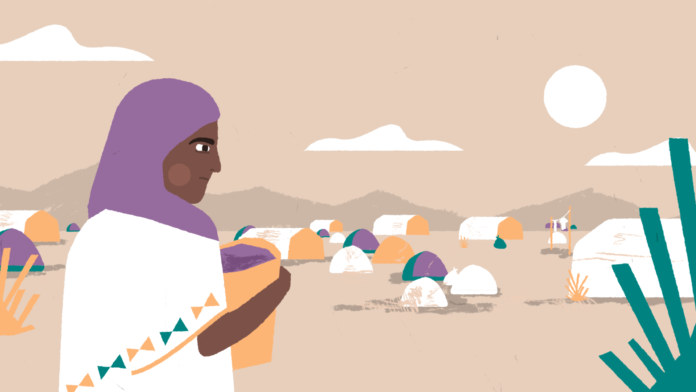 A two year programme focused on exploring migration at People’s History Museum is reaching its climax this autumn with a series of interventions staged throughout the national museum of democracy.

These powerful, moving and sometimes shocking explorations of migration within the UK’s democratic history past and present are the result of a collaboration with a Community Programme Team made up of individuals whose lives have been shaped by migration.

The interventions, known collectively as Migration: a human story, touch every aspect of the visitor experience at People’s History Museum to not only bring new stories, but to look at the stories it already tells through the lens of migration.  The result is an immersive and emotional journey that challenges you to rethink what you know about migration and from which visitors will find lots to absorb and take away with them.

Jenny Mabbott, Head of Collections & Engagement at People’s History Museum, says, “There is so much for visitors to explore and reflect upon with the introduction of Migration: a human story.  We describe what has been created as interventions because of the way they interact with the existing content; that they are delivered so creatively and excitingly for visitors is thanks to the ideas and approach of the Community Programme Team.  Migration: a human story stands as the final chapter in an extensive two year programme that has looked at migration in so many different ways, including exhibitions and events, and as part of our commitment as a museum to continually update and examine the stories that we tell and, in contemporary times, for these to be told by the people they belong to.”

Designed for all visitors, but particularly with families in mind, PHM’s Passport Trail challenges you to step into the shoes of a refugee, asylum seeker or economic migrant.  Just as in real life the choice is not yours to make, with your fate determined in this case by the spin of a wheel.  The twists and turns to be faced are the real stories and experiences of those whose footsteps you are following and your passport includes activities to help you further explore the narratives revealed, for example, the recent protests in Hong Kong, understanding the 1951 Refugee Convention, and the role of Asian and West Indian workers in the 1965 Red Scar Mill strike.

This free interactive activity starts outside Main Gallery One and is aimed for children aged 9+ to follow with their families.

Three incredibly strong animations, found at locations throughout the galleries, illuminate the stories of those sharing their recollections of migration; their words set to beautiful illustrations.  Included is A Refugee’s Story, which begins when a child leaves Ethiopia because of the suffering her family endured for being Oroma; her mother and father had both been imprisoned and tortured, her father disabled as a consequence. The animation tells of her life growing up in a refugee camp in Kenya, where water was scarce and food limited, housing very poor and the health conditions unspeakable.  She spent 15 years in the camp before a resettlement programme brought her to the UK and she recalls finally feeling safe when she slept at night. “This was the first time I felt peace and security.  It never felt safe in the camp.”

The Journey We Made Across Land And Sea, To Build A Country Not Made For Me banner (2021)

New interpretation throughout Main Gallery One and Main Gallery Two highlights historical and contemporary migration stories that are filled with personal insights. Addressing an absence of migration narratives across PHM’s displays, the newly commissioned work is now a permanent feature.

Updated Battle for the Ballot timeline

In the atrium of People’s History Museum a vast mind map depicts how the vote was won for all.  Battle for the Ballot was created when the museum opened in its new building in 2010 and spans the period from the mid 17th century to the Representation of the People Act (1948), tracing the events and legislation that took place.  In it ‘Wars, Trade, Empire and Slavery’ are referenced in a small box, but nothing more, and the reference is shown in isolation with no further explanation.

The Community Programme Team has looked at this and created a new timeline that presents a fuller view of these complex histories.  Presented as Migration: a human story, this can be seen in the Changing Exhibition Gallery where it will be on display until 24 April 2022.  Visitors are also invited to add their own personal history or comments to keep the timeline fresh and alive.

People’s History Museum’s opening hours are Wednesday to Sunday, from 10.00am to 4.00pm.  The museum and its exhibitions are free to visit with a suggested donation of £5.  To find out about visiting the museum, its full exhibitions and events programme based both at the museum and online visit phm.org.uk, and you can keep up to date with the latest news by signing up to receive PHM’s e-newsletter, subscribing to the blog, or following the museum on social media on Twitter @PHMMcr, Facebook @PHMMcr, and Instagram @phmmcr.