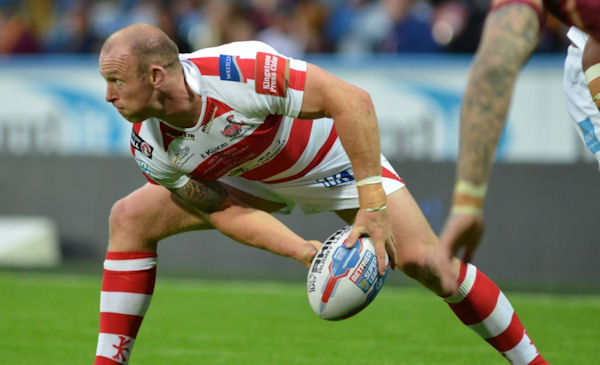 Leigh Centurions have announced the signing of last year’s Club Captain Micky Higham on a full-time playing contract until the end of the season.

Higham, 37, had forged a new career as a social inclusion officer for Leigh Community Trust combined with working alongside the coaching staff on matchdays after seemingly playing the final game of his illustrious career in the pre season Warm Up game against Wigan Warriors.

Derek Beaumont explained the move had come about after discussions with caretaker coach Kieron Purtill following injuries to hookers Daniel Mortimer and Kurt Baptiste. He said: “When Kieron asked me about bringing Micky back, with losing Morts and with Baptiste already sidelined I thought it was just the tonic this Club needs at the moment.

“Ironically when Micky was getting offers to carry on playing I advised him to sit tight as he had a long future at the Club which was worth more than a year playing and that if he was destined to play something would happen to bring that round.”