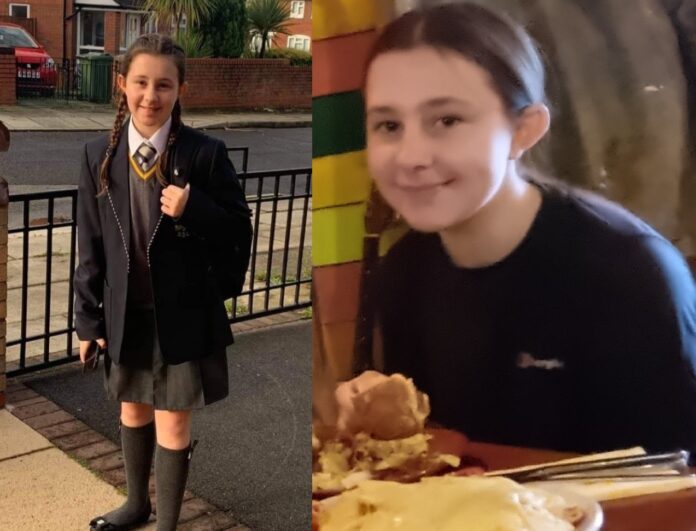 Four males – one aged 13, two aged 14 years and one aged 15 years, remain in custody for questioning.

Ava, who had been with friends in the Church Valley area collapsed on the ground and a member of the public who witnessed the incident was giving first aid.

Ava was taken to Alder Hey Children’s Hospital, where sadly she died a short time later despite the best efforts of medical staff.

Detective Superintendent Sue Coombs said: “Our thoughts and condolences go out to Ava’s family, friends and the wider community. Ava’s family are being supported by specialist officers and they have requested that their privacy is respected at this difficult time. Merseyside Police is absolutely determined to bring those responsible to justice. Today we are also issuing new images of Ava from her family.

“We are also sharing a still image of a van which was in the vicinity of the incident and may have witnessed something vital. To be clear, we think those vehicle’s occupants are witnesses, and in no way suspected of being involved. However, we still need to speak to those people as soon as possible to confirm what information they might hold.

“We’d also urge anyone else who has captured the incident or aftermath to send any images/footage directly via the following link:

“Four males remain in custody for questioning, and a part of the city centre remains cordoned off while we continue our work. I’d like to thank the businesses and residents in the area for their patience and understanding while we make these vital enquiries.

“I’d also like to take this opportunity to remind people not to make any comments on social media which might potentially jeopardise our investigation, including of course names of any people potentially involved. We welcome any such information, but please only pass it on in the following ways so we can continue to make progress in our investigation.”