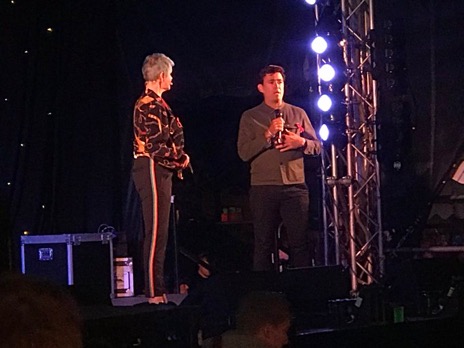 Greater Manchester is to join a global network of cities spearheading the fight against HIV.

The Mayor of Greater Manchester Andy Burnham unveiled the plan for the city-region to become part of the Fast Track Cities network as he spoke at the Manchester Pride Candlelit Vigil, where thousands of people came together in Sackville Gardens to remember those lost to HIV and stand united against the challenges facing LGBT communities.

In launching the application, the Mayor set out the bold plan to end all new cases of HIV in Greater Manchester residents within 25 years.

Greater Manchester Health and Social Care Partnership, responsible for health and care devolution, is working with a broad network of communities and partners, to achieve this through a £1.3 million programme of targeted support for people living with HIV or most at risk.

Across Greater Manchester, more than 5,650 people are thought to be living with HIV. The rate per thousand of the population is higher than the England average – in Manchester almost three times higher and in Salford almost double.

Almost 300 new HIV diagnoses are made every year in Greater Manchester. 44% of these come at a late stage, greatly increasing impacts to individuals’ lives, risks of onward transmission and costs of treatment. In addition, around 745 people are thought to be living with HIV but unaware of their positive status.

Mayor of Greater Manchester Andy Burnham said: “Ending all new cases of HIV in Greater Manchester within a generation is an ambitious goal – but we can do it. We are doing ground-breaking work in Greater Manchester to tackle HIV, and by joining Fast Track Cities we will be part of a global network of cities committed to ending HIV where we can share expertise and speak with a united worldwide voice.

“It also shows that we are taking a stand against stigma, instead standing shoulder to shoulder with people living with HIV.”