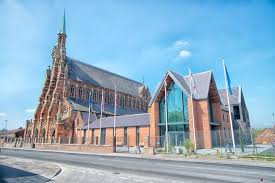 A record number of Greater Manchester charities and voluntary organisations will receive a Queen’s Awards for Voluntary Service at this year’s special ceremony held at Gorton Monastery tomorrow (Wednesday 29 August).  This award recognises best practice in volunteering work, and is the equivalent of getting an MBE.

Commenting on this year’s winners, The Lord-Lieutenant of Greater Manchester, Warren Smith, said: “This year we had 27, a record number of recipients, more than any other year, and far more than any other county. Since these awards were created in 2002 to celebrate the 50th anniversary of the Queen’s coronation, we have met so many deserving groups who give their time freely for the benefit of others. The annual event at Gorton Monastery is such an uplifting and inspiring day.  I would like to encourage more nominations for social enterprises, charities and voluntary groups in Greater Manchester before the September deadline.”

The Queen’s Award for Voluntary Service is the highest honour that can be bestowed on a voluntary group.

The closing date for nominations for the Queen’s Award for Voluntary Service 2019 awards is 14 September 2018. Organisations who have been operating for at least three years, and whose workforce is more than half voluntary are eligible to be nominated.

For information on how to nominate a group, visit: www.manchesterlieutenancy.org or  www.gov.uk/queens-award-for-voluntary-service.

Manchester-based women’s charity has launched a new campaign to encourage women who have been...