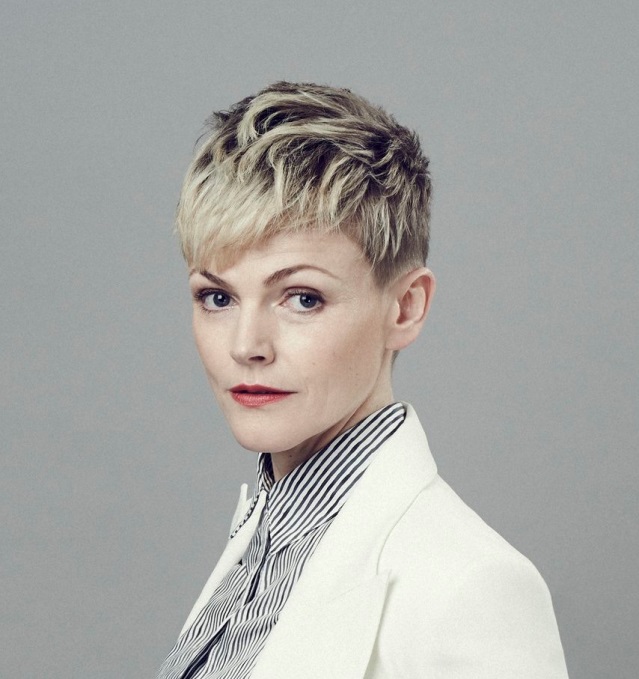 As one of the nation’s favourite actresses, RADA-trained Maxine Peake has enjoyed a prolific career as a theatre, television, radio and film actress with many career highlights, including The Theory of Everything, Shameless, Dinnerladies, Three Girls and many other award-winning TV dramas and theatre productions.

The Bolton-born actress has also turned her considerable talents to scriptwriting.

Last month, she won plaudits from audiences and critics alike for her performance in an episode of Charlie Brooker’s Netflix series Black Mirror, in which she played the central protagonist.

She also recently joined the cast of the upcoming period drama about the Peterloo Massacre, directed by multi-award winning British director Mike Leigh.

“I’m thrilled to accept this Honorary Professorship in Literature and Performance at The University of Manchester, and to be invited to be involved in the education of our next generation of creative minds,” said Maxine. “I’m looking forward to working with the students, and hope to learn alongside them and see what we can achieve together.”

“Maxine’s decision to accept our offer of an Honorary Professorship is extremely exciting news for the School of Arts, Languages and Cultures and indeed the University,” said Professor Alessandro Schiesaro, Head of the School. “Our students and staff will benefit from her vast experience gained throughout a brilliant career, across the stage, film, TV and radio, coupled with her scriptwriting work and strong commitment to social issues.

“As an icon within the city of Manchester and beyond, Maxine will be invaluable in helping the University to support the cultural growth of our city and region. We are looking forward to working with, and learning from Maxine in the years to come.”

Jeremy Kyle show suspended after death of a guest