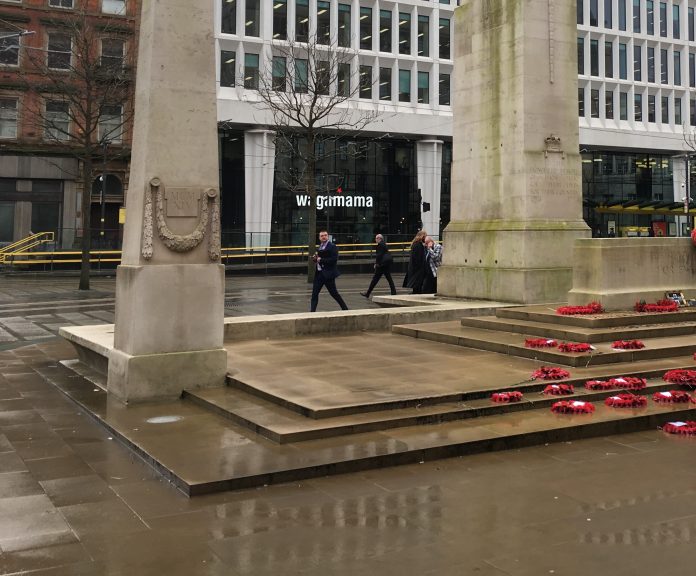 The graffiti was discovered on Manchester Cenotaph at St Peter’s Square by security yesterday evening.

An investigation was launched and following swift actions by officers the woman was arrested earlier today.

She remains in custody for questioning on suspicion of criminal damage.