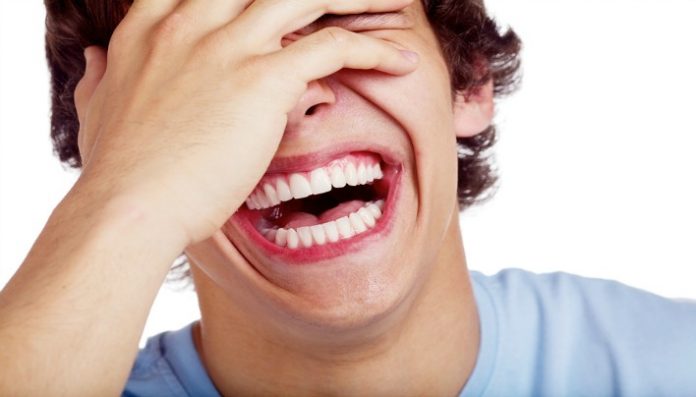 COMEDY fans are being invited to a unique experiment delving into the science of laughter.

Dr Ian Wilkie, comedy expert from the University of Salford, is trying to find out what causes audiences to laugh, whether people are more likely to laugh when they are in large social groups and whether there is such a thing as different types of laughter.

The research study is kicking off with a stand-up comedy gig at the University’s own New Adelphi Studio on Wednesday January 31.

The concert will feature performances by Tony Wright and James Allen, two students from the University’s Comedy Writing and Performance programme, along with professional comedians Kate McCabe, who performs with Comedy Sportz Manchester, and James Meehan, who won the 2015 Chortle prize and is a member of the Gein’s Family Giftshop sketch group – who both teach on the course. Lukas Kirkby, who also performs with Comedy Sportz and is a graduate of the course, will act as compere for the evening.

The University of Salford has a long history of producing comic talent and works closely in the comedy industry, with Peter Kay and Jason Manford, who both studied at Salford, delivering guest lectures and workshops.

Students on the University’s Professional Sound and Video Technology programme, working with Trevor Cox, Professor of Acoustic Engineering, will record the audience’s laughter throughout the night and later analyse it to examine how the timing and sound of the laughter varies depending on the type of joke being told.

Dr Wilkie said: “Although people have always enjoyed laughing, there’s very little that’s understood about what it is and why we do it. This project is all about trying to find out whether there’s anything you can measure about shared laughter, and whether there are different types of laughter sounds that audiences make.

“We’ll be looking into whether these different types of laughter can be identified as ‘cues’ and are any indication of how good the comedy performance was, or whether these trigger members of the audience to laugh louder at a joke than they would do if they were sitting on their own listening to someone tell it.”

The free event takes place at the New Adelphi Studio on the University of Salford’s Peel Park campus, from 6.30-8pm on Wednesday January 31. To register for tickets visit here.

Teens who use cannabis frequently more likely to have premature baby, study suggests