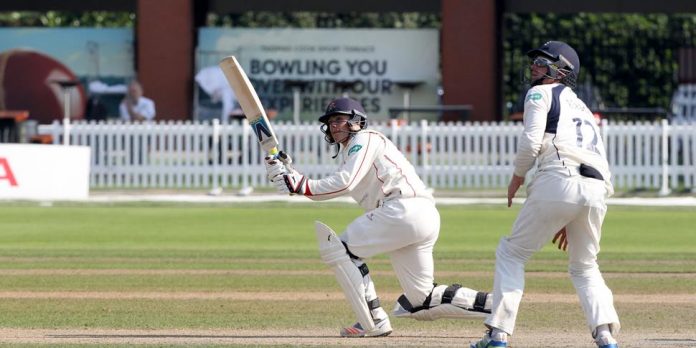 Matthew Parkinson and Rob Jones have both signed contract extensions with the Red Rose. The duo, who have both come through the Lancashire Academy, have signed one-year extensions to their current contract until 2019.

Parkinson, aged 21, made his debut for the Red Rose in 2016, taking six wickets against Warwickshire at Emirates Old Trafford. He played in 14 matches in 2017 and impressed in the second half of the season taking 28 wickets.

He was subsequently named as Lancashire’s Young Player of the Year and was also awarded an ECB overseas placement where he will be based in Sydney this winter working with former Australia spin bowler Stuart MacGill.

Parkinson, said, “It’s a great feeling to secure my long-term future with Lancashire. I feel like my game has progressed well over the past twelve months and hopefully I can continue putting in match-winning performances for the side.”

“I absolutely love pulling on the Red Rose jersey and representing this Club.”

Jones, aged 21, made his Lancashire debut in 2016 against Surrey before hitting his maiden First Class century in his third match against Middlesex at Emirates Old Trafford last year. The Warrington-born batsman is spending his winter in Australia and hit an unbeaten 160 in his first game of the season for South Perth Cricket Club.

Jones commented, “Playing cricket for Lancashire is all I’ve ever wanted to do and I’m delighted to have signed a new contract with the Club.

Lancashire Head Coach Glen Chapple added, “It is great news that Matthew and Rob have committed their futures to the Club.

“Both players have made significant impacts in the side when they have featured over the last two years and they’re going to play an important role in the long-term future of Lancashire Cricket in the coming years.”