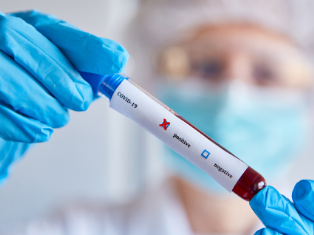 Implementing a mass testing policy is the safest way to reopen the economy and society and has much less of a damaging impact on the economy than a hard lockdown, reveals new research from Durham University

Billions of people globally have been called upon to stay at home. This has reduced the transmission of Covid-19 and saved lives but brought economies to a standstill. Now countries must provide an exit roadmap that balances reopening the economy and controlling infection.

Durham University have developed an epidemic model to study the impact of two measures – lockdown and testing – on infection control. Understanding the economic costs of each policy, and comparing these costs, can guide countries in setting out their plans.

The results show that when a soft lockdown is imposed, around a 10% shut down of economic activity, then high testing capacity of as much as testing 4% of the population each day is needed to control Covid-19 infection.

When the lockdown is slightly higher, around a 30% shut down of economic activity, then testing about 1.5% of the population daily will be enough to get the infection under control.

As part of the research they also studied a model with a time-varying testing policy that mimics the dynamic of infection, accounting for expansion, peak, and decline phases.

Hard lockdowns are likely to cause the worst recession in a century and most countries have only been testing on a small-scale. Yet the countries – including Iceland, Germany, and South Korea – that built a high-testing capacity (they tested a greater proportion of their population than the rest of the world) fought the pandemic well by finding those who have Covid-19 and quickly isolating or treating them. These countries that managed to keep their case counts and death tolls low have also reopened their economies earlier than most other countries.

Other countries must learn from this successful testing approach, especially as lockdowns are lifted and to prevent a resurgence of the virus.

To illustrate, in the US, where it’s estimated that the cost of Covid-19 lockdown is between $4.2 and $5.4 trillion a year, whereas the cost of a massive testing (7% of Americans daily) is estimated at maximum $550.55 billion a year.