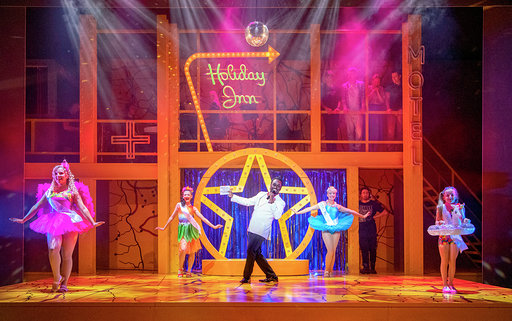 The former star of Holby City, Emmerdale, Dream Team and more tells us about taking the musical stage adaptation road movie Little Miss Sunshine out on the road.

What is Little Miss Sunshine about?

Olive is Little Miss Sunshine. She’s a young girl with a dysfunctional family, who wins a place in a beauty pageant in California. All the family decide to go together in their grandpa’s old VW minibus. It’s about their adventures on the way.

What made you want to be part of the production?

Well, I thought the film was fantastic. I’m a big fan of Alan Arkin [who played Grandpa in the movie], so to follow in his footsteps, albeit on stage, is an honour. It’s one of those jobs you just really want to be involved in.

What excites you about playing Grandpa?

I like him because he’s a naughty boy. He’s been around the block a few times and he swears a lot. He doesn’t suffer fools and he tells it like it is. He’s been a bit of a ladies man in his past and he still thinks he is. He’s just a fun character to play. And the lines are a gift. It’s so well written.

People love the film. What is it that makes its tale so special?

I just think it’s a lovely story. I think the American pageant system is very strange; kids being dressed up like adults. I find it all really odd. But Olive is the antithesis of those kidsand she wants to do it. Her heart shines through and she just lets rip. I think there are lots of nice messages within the musical.

And what does adding music and seeing the story performed live add to the experience?

The music is phenomenal, and I think with musical theatre you can take everything up several notches. Alan Arkin’s film performance is very understated although brilliant, whereas on stage I am going to make Grandpa larger than life. You have to do that to entertain the paying public.

How do you do a road movie on stage?

That’s where the brilliantly clever direction from Mehmet [Ergen] comes in. He’s made great use of props. The minibus itself is ingenius, the way it’s put together and the way the cast move around to make it all come together. It’s seamless and it works so well within the music, the soundscape and the storytelling.

What excites you about touring the show?

It’s great playing lots of different venues. It sounds a bit sentimental, but I love theatres. I love Matcham theatresespecially. When you get to play a grand old space and you think of all the people who’ve trodden the boards before you… I also love arriving at a new place and seeing what the atmosphere’s like and exploring the town. It’s just great fun. And there’s a great sense of camaraderie with the cast. You’re family away from home. You become a tight knit group and everyone looks out for each other.

You’ve had an incredible TV career that spans dramas including Emmerdale, Coronation Street, Brookside, Dream Team and Holby City. Can you pick any highlights?

I have been very lucky that I’ve had a really diverse career. You know when actors say ‘I chose to go down this path’? I think that’s nonsense, because the business tells you which path you’re going to be on unless your Dad is Sir So-And-So. You don’t choose your path. For a lot of years I kept on getting jobs in soap, which is one of the hardest disciplines for any actor, but I always wanted to do more film.

How did you get into performing?

At school. I was very lucky that I had great drama teachers in primary school. They cast me in my first role, Peter Pan, when I was 8 or 9. That gave me the bug. Then my drama teacher in secondary school saw something in me too. Without that I would never have gone on the paths I took.

I’ve always just thought of myself as a jobbing actor. I’m nearly 40 years in the business and I’m still doing it. I thank my lucky stars I’m still able to do it. I’ve always said I won’t retire. Ill health may retire me, but given the choice I’ll go on until I drop really.

Mark Moraghan will be starring in Little Miss Sunshine at The Lowry from Tuesday 28 May until Saturday 1 June 2019. 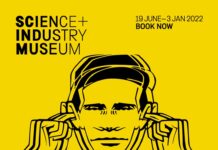 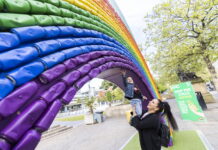 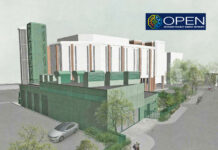